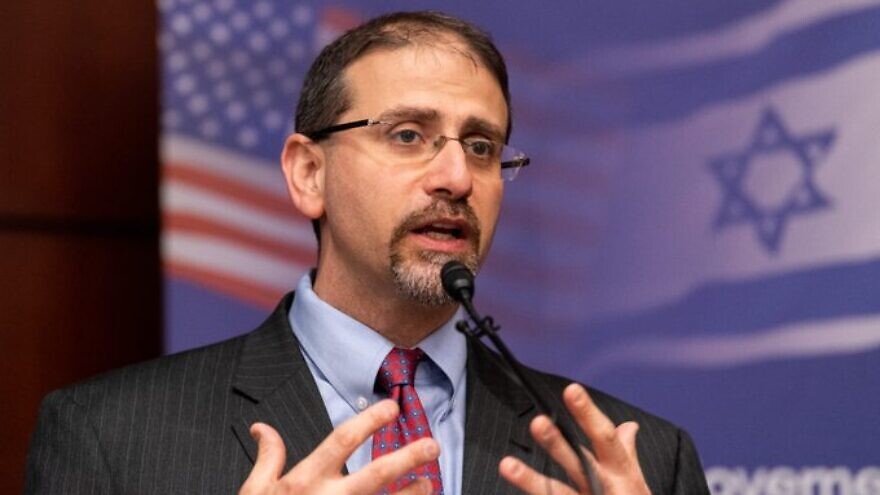 (March 30, 2022 / JNS) Former U.S. Ambassador Dan Shapiro said this week that he will be leaving his role at the U.S. State Department to take a position at the Atlantic Council, a think tank in Washington, D.C.

Shapiro made the announcement on his Twitter page on Monday, saying he was joining the Atlantic Council’s Middle East team, where he would be focusing on U.S.-Israeli relations, regional security and advancing normalizations between Israel and Arab countries established through the Abraham Accords.

The announcement came as Israeli, Arab and American officials met in Israel for the Negev Summit, which he says “illustrates the huge opportunities before us.”

The move comes approximately six months after Shapiro joined the Biden administration’s team to negotiate re-entry into the Joint Comprehensive Plan of Action (JCPOA) as a part-time adviser, where he split his time working between the U.S. embassy in Jerusalem and the U.S. State Department.

He did not indicate that his departure from the team was the result of disagreements over policy decisions.

Shapiro served as ambassador to Israel during the Obama administration from 2011 to 2017, after which he served as a distinguished visiting fellow at the Institute for National Security Studies at Tel Aviv University and a principal at WestExec Advisors.

Shapiro told Jewish Insider that one of his goals in his new position was to include Palestinians in events with Abraham Accord allies such as the N7 Conference.

“They may resist, but they should be encouraged and invited to come and participate, to come and see how Palestinians’ lives can be improved, and how being at the table helps maybe unstick a stalemate in Israeli-Palestinian discussion,” he told Jewish Insider. “I think a number of these Arab countries can be contributors to that.”