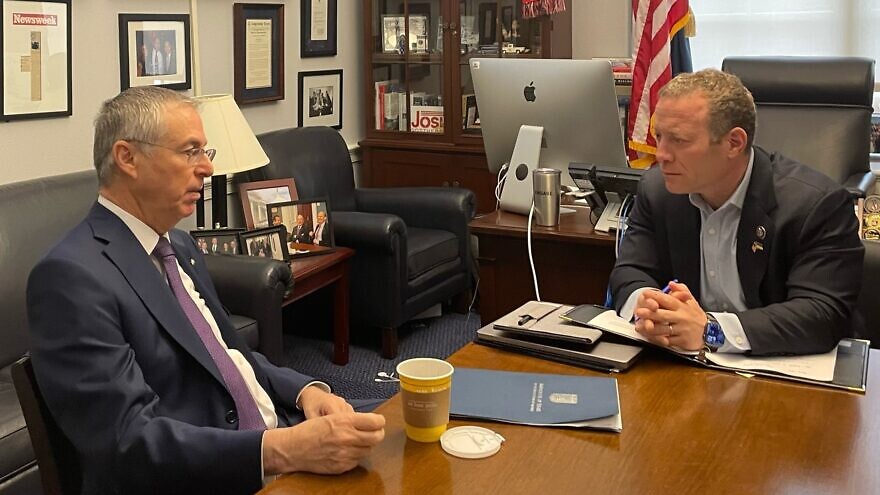 In a letter to Cardona late last week, Rep. Josh Gottheimer (D-N.J.) said he was troubled by certain model ethnic-studies curricula that have been brought to his attention, which diverged from the widely accepted International Holocaust Remembrance Alliance’s (IHRA) working definition of anti-Semitism adopted by the U.S. government.

One example Gottheimer noted in the letter defined anti-Semitism as “discrimination against, violence towards or stereotypes of Jews for being Jewish,” while claiming that “criticism of Israel’s policies of apartheid and oppression of Palestinians is not anti-Semitism.” This and other parts in the curriculum vilified all forms of Zionism and denied the Jewish people their right to self-determination by claiming that the existence of Israel is a racist endeavor—something considered to be anti-Semitism by the IHRA.

“We must promote civil discourse and a high-quality, inclusive cultural education that lifts up marginalized communities rather than teaching antagonistic values in our public schools,” he wrote in a letter obtained by JNS. “Our civic education should be free of bias against any group. We need a united, all-of-government effort to combat rising anti-Semitism and bigotry, including ensuring that we do not fund this type of dangerous and exclusionary curricula in our schools.”

Gottheimer called for a bipartisan, national-level commitment to address the threat of anti-Semitism and bigotry, by encouraging school districts to develop model curricula that strengthen critical thinking and understanding.

Most recently, Jewish organizations in California joined together to successfully remove anti-Semitic parts of California’s statewide ethnic-studies curriculum proposal, but there are other ethnic studies programs are being developed throughout the United States.