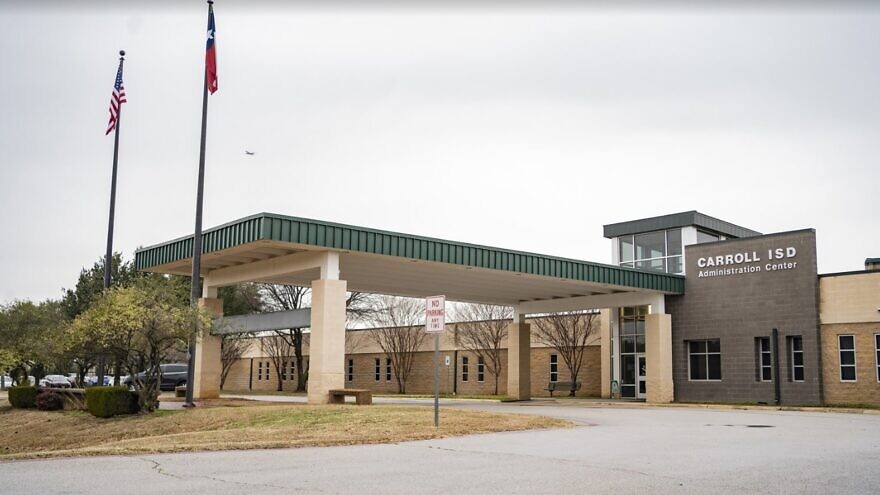 (October 15, 2021 / JNS) A school in Texas is being criticized after an official was heard telling teachers with books on the Holocaust in their classrooms to offer “opposing” perspectives as well.

In the audio obtained by NBC News, Gina Peddy, executive director of curriculum and instruction for the Carroll Independent School District in Southlake, Texas, about 30 miles northwest of Dallas, told a group of teachers, “We are in the middle of the political mess … make sure that if … you have a book on the Holocaust, that you have one that has opposing, that has other perspectives.”

A teacher is heard in the background saying, “How do you oppose the Holocaust?”

Stop Antisemitism tweeted: “[W]hy in the world are you instructing Carroll Independent School District Teachers to SPREAD lies about the Holocaust? … This is pure insanity!”

Jonathan Greenblatt, national director and CEO of the Anti-Defamation League, also responded, tweeting: “This is maddeningly ignorant. I am the grandson of a Holocaust survivor. He survived, but his friends and members of his family did not. They were murdered—systematically. There is no ‘opposing view’ to the Holocaust—none.”

“In 2021, we live in an era when you are not only entitled to your own beliefs, but you can also create your own facts,” said Rabbi Abraham Cooper, associate dean and director of global social action of the Simon Wiesenthal Center. “And in our time, and no matter how outrageous the lie or slander, you can find validation for alternative ‘facts’ on social media.”

“Teachers have always been America’s frontline warriors for teaching core values to our children—chief among them critical thinking and discerning fact from fiction. That is no longer always the case,” he continued. “These individuals have turned historic fact into a multiple-choice question. This opens the door for denial and distortion not only of the Holocaust in our schools but of the history of our nation and the struggle against slavery and discrimination. G-d help us all.”

‘There are not two sides of the Holocaust’

Carroll Independent School District Superintendent Lane Ledbetter issued a statement on Thursday afternoon, saying, “I express my sincere apology regarding the online article and news story released today. During the conversations with teachers during last week’s meeting, the comments made were in no way to convey that the Holocaust was anything less than a terrible event in history. Additionally, we recognize there are not two sides of the Holocaust. … As a district, we will work to add clarity to our expectations for teachers and once again apologize for any hurt or confusion this has caused.”

Ledbetter claims that the discussion was in response to HB 3979, a new state law, with the understanding that “this bill does not require an opposing viewpoint on historical facts.”

The legislation, which went into effect on Sept. 1, says as part of educators’ social-studies classes “a teacher may not be compelled to discuss a particular current event or widely debated and currently controversial issue of public policy or social affairs,” and a teacher who does “shall, to the best of the teacher’s ability, strive to explore the topic from diverse and contending perspectives without giving deference to any one perspective … .”

The Dallas Holocaust and Human Rights Museum, which was “appalled” by the district’s actions, placed some of the blame on the new legislation.

“The challenge with legislation limiting educators’ ability to teach historical fact is the question of who decides if an issue is controversial or whether contending perspective are worthy of instruction. The Holocaust is one of the world’s most well-documented historical events. Our Holocaust survivors are a living testimony to the accuracy of the history we teach at our museum—the deliberate, cruel and systematic murder of 6 million Jews.

“Should the beliefs of Holocaust-deniers be provided as ‘opposing views’? When students learn about slavery, should they also be forced to read accounts that deny the horrors of slavery? The answer to these questions must be a resounding ‘no!’ ”