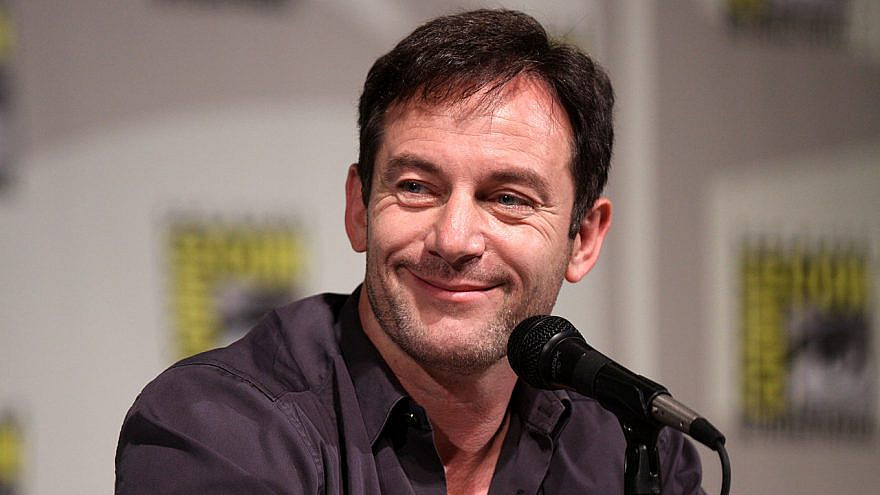 Holocaust Learning UK commissioned the hour-long film “Out of the Darkness,” which features the testimony of Janine Webber, a survivor of the Lvov Ghetto.

Isaacs, 57, who played Lucious Malfoy in the “Harry Potter” series of films, is Jewish and has spoken about experiencing anti-Semitic attacks as a teenager in London by the far-right group National Front.

The documentary “teaches students about the Holocaust as it contextualizes the survivor testimony and references subsequent genocides and identifies suffering where the victims are selected on the basis of being ‘different’ or ‘other,’ ” explained the charity. “ ‘Out of the Darkness’ is fundamentally about encouraging students to learn the lessons from the past to help build a better, safer future for everyone.”

Students and Rabbi Aaron Goldstein of the Northwood and Pinner Liberal Synagogue in the United Kingdom are also featured in the film, which is available free to schools and colleges until May 31. It fulfills the educational requirements of British students regarding Holocaust education.

Teachers will be provided a video introduction from the Holocaust Education Trust, and educational resources can be found on the Holocaust Learning UK website.

The charity typically invites students to synagogues to hear the testimony of Holocaust survivors, but due to the coronavirus pandemic, all in-person events have been canceled.