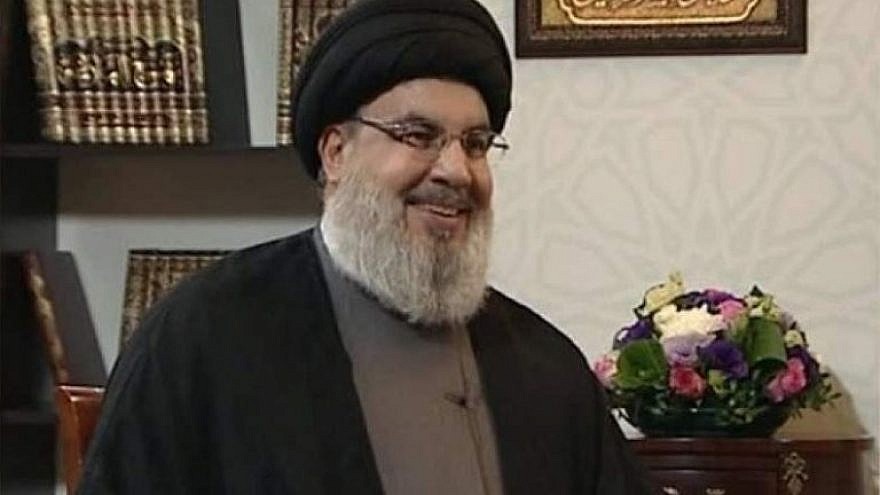 (September 30, 2020 / Israel Hayom) Hezbollah leader Hassan Nasrallah on Tuesday accused Israeli Prime Minister Benjamin Netanyahu of “lying” to the United Nations after the Israel leader used his address before the U.N. General Assembly to expose what he claimed were the Shi’ite terror group’s missile stockpiles in residential areas in Beirut.

The Israeli military later released the coordinates of these depots.

“As usual, Netanyahu is lying. I invite the media to visit the facility he spoke about so the world can see it’s all lies,” said Nasrallah in an address aired by Hezbollah’s Al-Manar TV.

The Israeli prime minister, he continued, “incites against us time and again. He presents maps and photographs, and tries to link Hezbollah to the explosion in Beirut.”

The Iranian-backed terrorist group has denied that the 2,700-ton ammonium nitrate stockpile that wiped out the Lebanese capital’s harbor on Aug. 4 was part of its arsenal, but Western experts have dismissed that claim as an attempt to shun responsibility for the catastrophe.

Taking a more menacing tone, Nasrallah said that “for the first time, the soldiers of the Zionist occupation army do not dare move on the border between Lebanon and Israel. Wait and see what happens in the coming days and weeks on the border with Israel.”