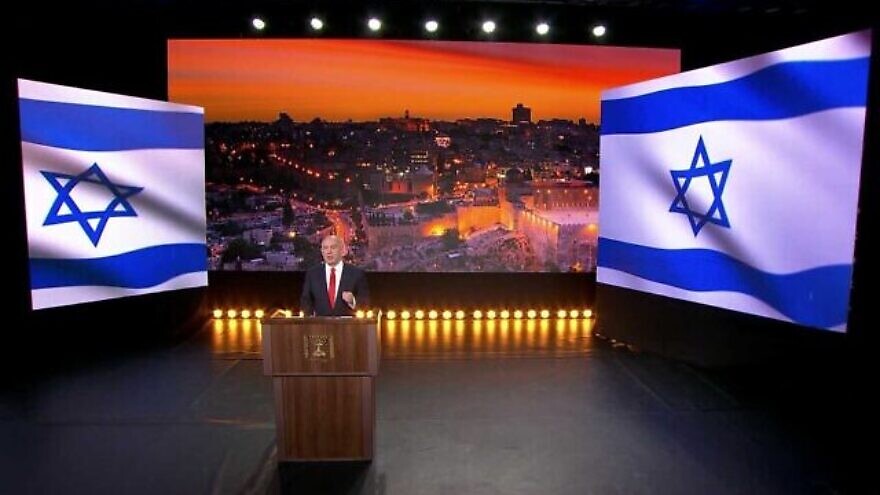 “We all saw the terrible explosion at Beirut port last month,” he said in a nearly 10-minute pre-recorded address, alluding to multiple blasts on Aug. 4 that rocked the Lebanese capital.

Pointing to a map behind him, Netanyahu said “here is where the next explosion could take place. Right here. This is the Beirut neighborhood of Janah. It’s right next to the international airport. And here, Hezbollah is keeping a secret arms depot.”

The depot is directly next to a gas company, as well as near another gas company and a gas station, according to Netanyahu.

He said the international community “must insist that Hezbollah stop using Lebanon and Lebanese civilians as human shields.”

The location of a Hezbollah arms depot in the Janah neighborhood of Beirut, as stated by Israeli Prime Minister Benjamin Netanyahu in a video address to the U.N. General Assembly on Sept. 29, 2020. Source: Screenshot.
Republish this article in your newspaper or website