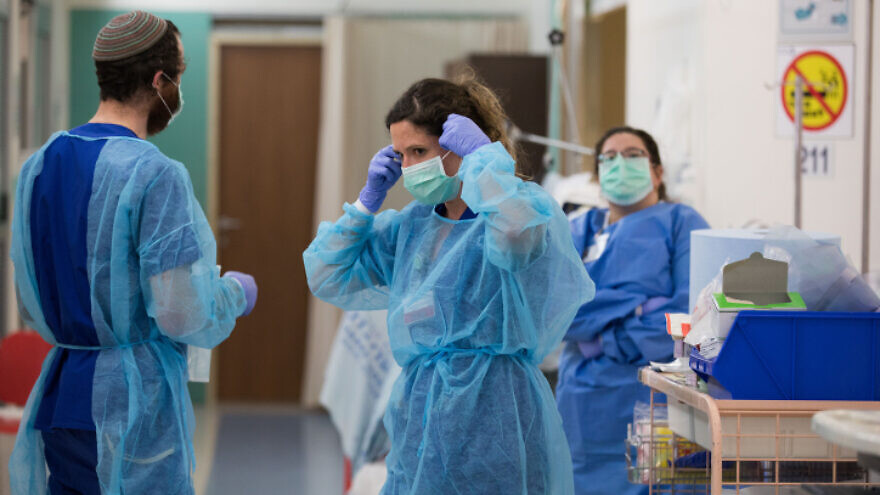 (April 2, 2020 / Israel Hayom) Fear of contracting coronavirus is causing many Israelis to avoid seeking medical treatment, which is resulting in preventable deaths, according to the country’s hospitals.

At Sourasky Medical Center in Tel Aviv, a man died of septic shock after arriving at the emergency room for urinary retention, an easily treatable condition, according to the hospital. In another case, a man who waited six days to seek treatment for intestinal bleeding—a life-threatening condition—was brought into the emergency room, unconscious.

“We are seeing about an 80 percent drop in justified visits to the emergency room. In life-threatening situations, people need to come and not worry about corona,” said Dr. Guy Lahat, director of the Surgery Division at Sourasky Medical Center. “I couldn’t have believed we’d see cases of neglect like this. Patients are saying explicitly that they didn’t come [to the emergency room] because they were afraid of [coronavirus],” he added.

Lahat stressed that emergency rooms separate patients with signs of respiratory distress, or who are suspected of having coronavirus, from the rest of the patient population. Medical staff wear protective gear, he added.

Shmulik Ben-Yaakov, chairman of the Society for Patient Rights in Israel, also expressed concern that patients were avoiding treatment.

“People who are dealing with chronic illnesses could stop their ongoing treatment and put themselves in danger,” said Ben-Yaakov.

On Monday, the Taub Center for Social Policy Studies in Israel published a report that estimated that in addition to the number of deaths in Israel caused directed by COVID-19, the country could see “indirect” deaths resulting from shortages of medical staff, and the fact that the health-care system is currently focused on battling the epidemic.

The Taub report estimated that anywhere from 460 to 4,600 people could become indirect victims of the corona epidemic in the next six months.