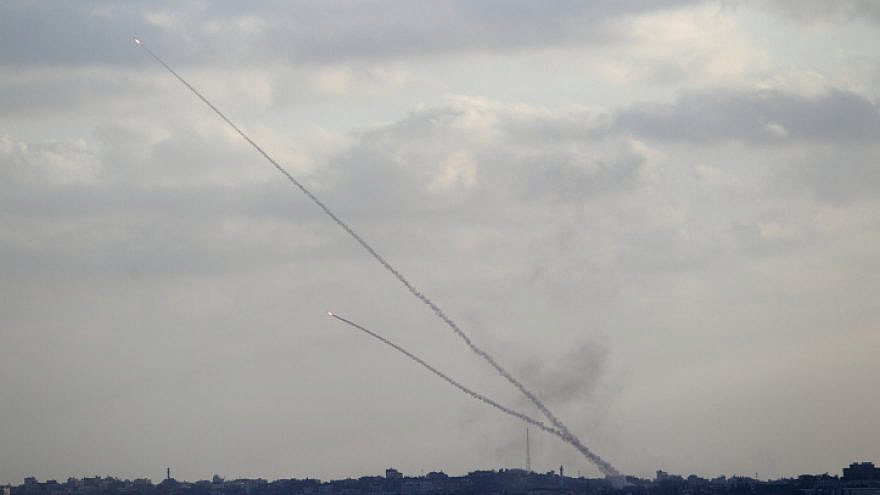 (March 24, 2021 / Israel Hayom) Israeli aircraft struck several Hamas military installations in the Gaza Strip early on Wednesday morning, hours after Palestinian terrorists fired a rocket at Beersheva in an apparent attempt to disrupt Israel’s general election. There were no reports of casualties.

“Fighter jets and attack helicopters targeted a rocket manufacturing facility and a military outpost belonging to the Hamas terrorist organization in the Gaza Strip. The attack was carried out in response to the rocket fire from Gaza into Israeli territory,” the IDF Spokesperson’s Unit said in a statement.

The rocket was launched just as Israeli Prime Minister Benjamin Netanyahu was hitting the campaign trail in the city.
The army added that it holds Hamas responsible for what happens in Gaza and that the terror group would “bear the consequences of terrorist acts against Israeli citizens.”

The IDF earlier said that the rocket had not been aimed at a residential area and thus no specific alert to take shelter was issued.

Despite this, Netanyahu’s security detail evacuated him to a secure area as soon as the launch was identified.