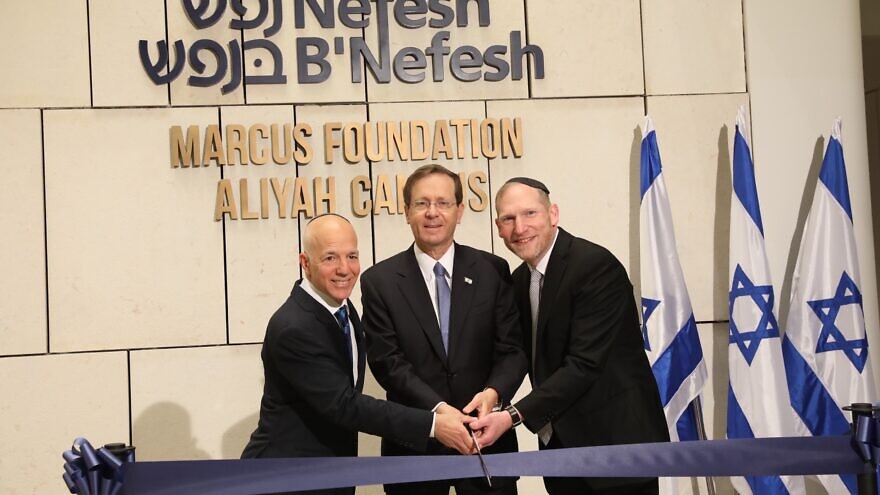 (December 22, 2021 / JNS) New figures from the Ministry of Aliyah and Integration, The Jewish Agency, and Nefesh B’Nefesh show the highest aliyah from France in four years, a dramatic increase in arrivals from South Africa, and the continued trend of rising aliyah among youth.

This past year also brought a record-breaking 4,000 immigrants from the United States who arrived in Israel with the assistance of Nefesh B’Nefesh.

This immigration from the U.S. constituted a 30 percent increase from 2020 and the highest annual number since 1973. In addition, another 400 immigrants arrived this year from Canada, bringing the expected total of immigrants from North America to over 4,400.

Interestingly, aliyah from France jumped 40 percent with 3,500 new arrivals, the largest number in the past four years.

Another significant number came from Argentina (900), a jump of 55 percent from last year.

The growing immigration from the younger generation continued with 14,620 (55 percent) of all immigrants under the age of 35.

Aliyah is facilitated by the Ministry of Aliyah and Integration and The Jewish Agency, with Nefesh B’Nefesh, Ofek Israeli, The Jewish Federations of North America, Keren Hayesod, The International Fellowship of Christians and Jews, and friends of Israel from around the world.