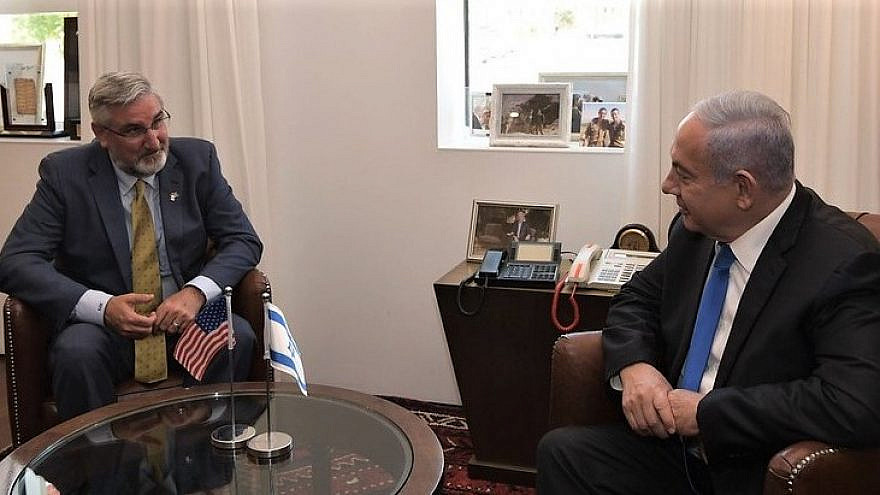 (May 27, 2021 / JNS) Indiana Gov. Eric J. Holcomb is on his way back home after a whirlwind two-day visit to the Jewish state, arriving at the invitation of Israeli Prime Minister Benjamin Netanyahu to further ties between Israel and the Hoosier state.

Before leaving the United States, Holcomb said “we have a growing number of Hoosiers and Hoosier businesses that share strong cultural and economic ties with this country, so when I was invited, I did not hesitate to make this trip to meet in Israel during such an hour of need.”

While in Jerusalem, Holcomb met with Netanyahu, Israel’s Foreign Minister Gabi Ashkenazi and other leaders.

The Republican leader also visited the Western Wall in Jerusalem and spent some time in the south, examining firsthand the damage to Israeli homes and property caused by thousands of rockets launched by Hamas and other terror factions in the Gaza Strip towards civilian populations in Israel over the course of 11 days. A ceasefire was announced on May 21.

Holcomb also took an up-close look at an Iron Dome air-defense battery while on his tour.

During the last few hours of his visit, Holcomb told JNS: “I came to Israel at the request of Prime Minister Netanyahu to continue forging an even stronger Israel-Indiana bond.

“Building relationships with foreign leaders and businesses is vital for Indiana’s success. We are already home to 1o companies from Israel that span across our state. We are excited to continue to help those companies grow and welcome even more to join us in the Hoosier state moving forward.”

He continued, saying “my time here has been incredible and has given me an even greater appreciation for the history, culture and challenges.”

In 2018, Holcomb led a delegation of Indian public officials and business executives to Israel for an economic development trip that has resulted in further ties between Indiana and his state.

The trip he just completed was sponsored by the “Imagine Indiana” nonprofit organization. 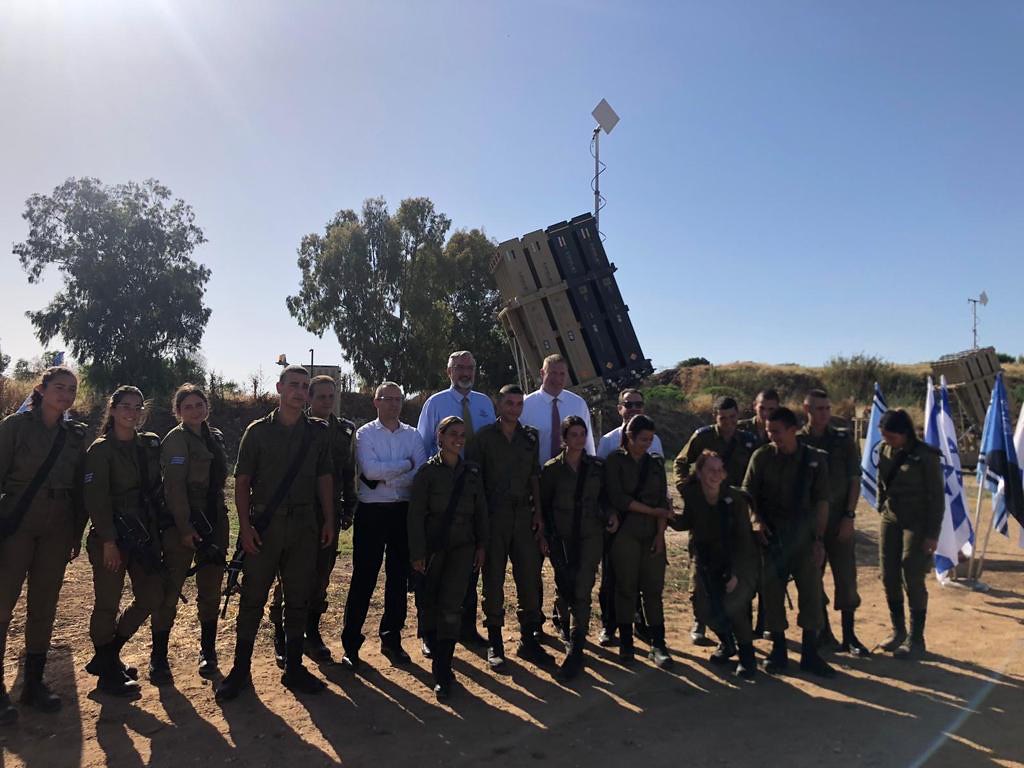 Indiana Gov. Eric J. Holcomb takes an up-close look at an Iron Dome air-defense battery while in the south of Israel, May 2021. Credit: Imagine Indiana/Flickr.
Republish this article in your newspaper or website