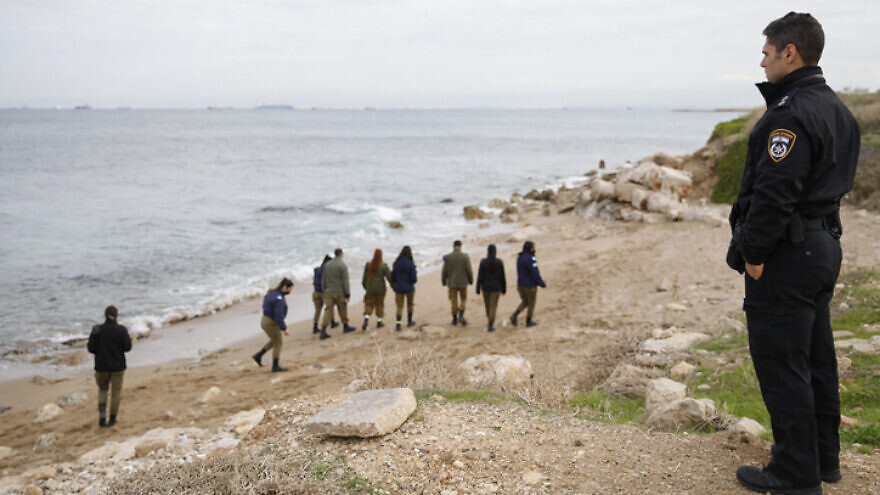 Israeli soldiers search for parts of a military helicopter after it crashed off the coast of the northern Israeli city of Haifa on Jan. 4, 2022. Photo by Shir Torem/Flash90.
Spread the word.
Help JNS grow!
Share now:

According to the report, the investigation is centering on the lead theory that one of the helicopter’s engines caught fire, causing an electrical failure that led to other failures and an attempted emergency landing.

The 25-year-old sea reconnaissance officer who was able to save himself attempted to rescue the two other crew members who died in the accident—Lt. Col. Erez Sachyani, 38, and a father of three; and Maj. Chen Fogel, 27. Fogel was posthumously promoted to the rank of captain by the Israel Defense Forces.

The IDF said the survivor was a naval patrol officer. The type of helicopter that crashed is usually crewed by a pilot, a co-pilot and a naval officer.

“The officer attempted to reach the pilots, and he called the commander of Squadron 193 who was on his contact list, reporting the crash to him and the fact that he could not save the people,” Lazar reportedly said.

The aircraft attempted an emergency landing with a special floating mechanism fitted on it, though only one crew member managed to escape.