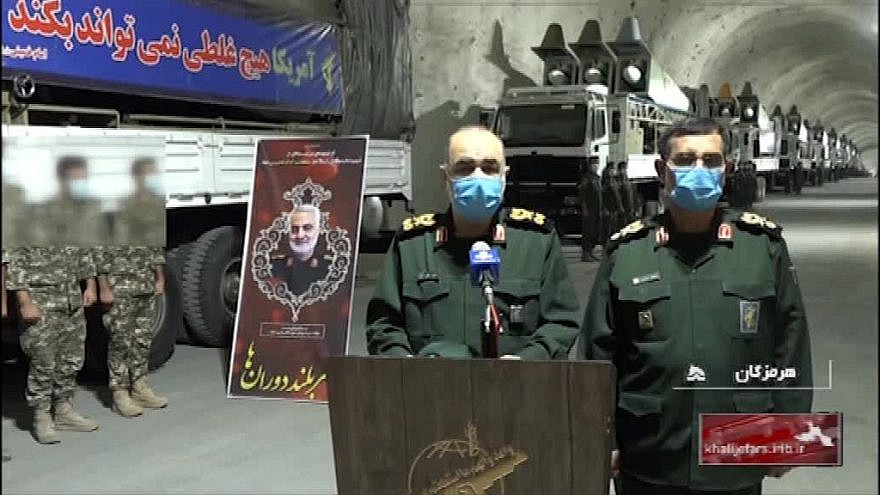 (March 17, 2021 / MEMRI) Iran unveiled a “missile city” on Monday belonging to the Islamic Revolutionary Guard Corps Navy, introducing the various armaments that have been added to the navy’s arsenal.

In a ceremony aired on Iran’s Channel 1, IRGC Commander-in-Chief Maj. Gen. Hossein Salami said the IRGC has drones, land-based anti-ship missiles, sea mines and various types of electronic warfare and intelligence capabilities, as well as weapons that cannot be revealed.

IRGC Navy Commander Gen. Alireza Tangsiri said that the IRGC no longer needs to transport its shore missiles to the beach since they can be launched from behind hills and also while the launchers are on the move. He added that the missiles can change targets after launch.

These systems and equipment will give the IRGC “strategic advantages” on the battlefield, said the report.