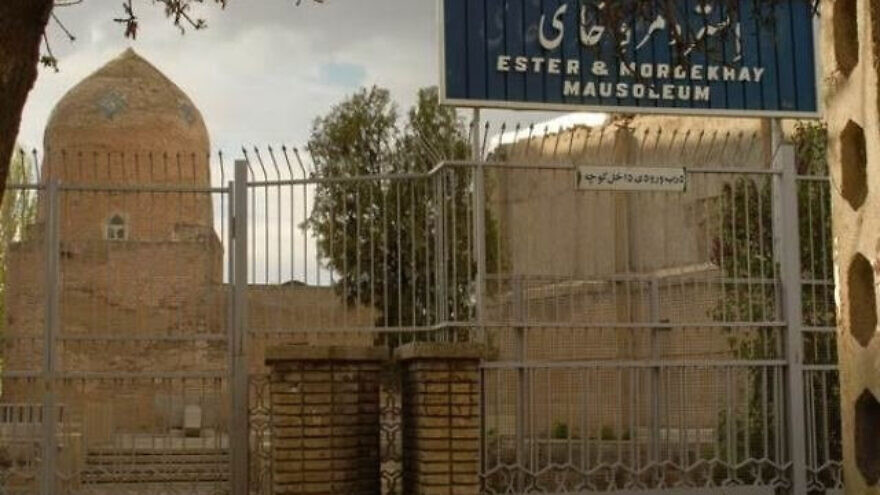 (March 10, 2020 / MEMRI) An Iranian student organization associated with Iran’s Basij militia threatened on Saturday to turn the Tomb of Esther and Mordechai into a Palestinian diplomatic mission if even a single section of the U.S. “Peace to Prosperity” plan is implemented.

The tomb, in the city of Hamadan in Iran’s Hamadan Province, is believed to be the resting place of the heroes of the Jewish Purim story.

Muslims and seekers of freedom in the world, said the student group in a statement, would not sit idly by in light of the “satanic operation” of the deal, which it called “the greatest betrayal in contemporary history.”

Ali Malmir, chairman of the Organization for the Heritage of Hamadan Province, dismissed the threat on Monday, telling Iran’s ISNA news agency: “There is no connection between the Tomb of Esther and Mordechai, which is a historical site, and a Palestinian [diplomatic] mission, which is a political matter.”

In response to Malmir’s statements, Tayyeb Faryad-Ras, head of the Basij at the Hamadan Province universities, told ISNA on Tuesday that “the organization for the heritage of Hamadan Province must explain whether there is a connection between Jerusalem and Israelization. Why isn’t this organization reacting to the fact that Jerusalem is the cultural heritage of the Islamic world and the Middle East?”

Iran’s Basij is a paramilitary volunteer militia established in 1979 on the order of Ayatollah Khomeini.