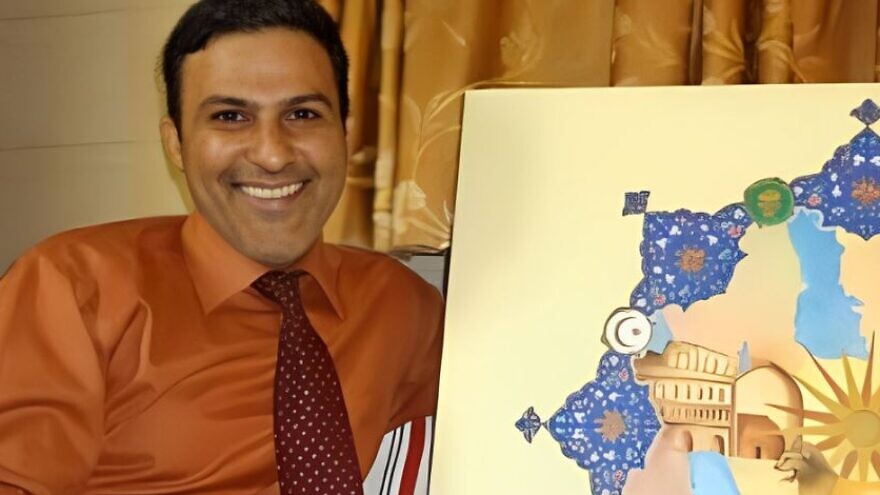 Bahman was arrested in October for an interview he gave to Israeli TV station Channel 13 in April in which he was critical of the Iranian regime and called for peace with the Jewish state.

“At 1 a.m., the security forces arrested him at his house for his support of the nationwide protests. In a short call to his family, he said he was held in Ward 209 of Evin Prison,” a source close to Bahman’s family told HRANA.

Bahman specializes in illuminating religious books to spread the idea of peaceful coexistence between religions. His two illuminated copies of the Book of Psalms and Ezra are held in the U.S. Library of Congress.

Protests have erupted across Iran since September, when Mahsa Amini, 22, a Kurdish-Iranian woman, was detained for failing to “correctly| wear a hijab and later died in custody.

The regime has responded with force to quell the protests. An estimated 20,000 people have been arrested. Amnesty International said Iranian authorities are seeking the death penalty for at least 27 protesters. Opposition figures say more than 100 protesters face capital punishment.