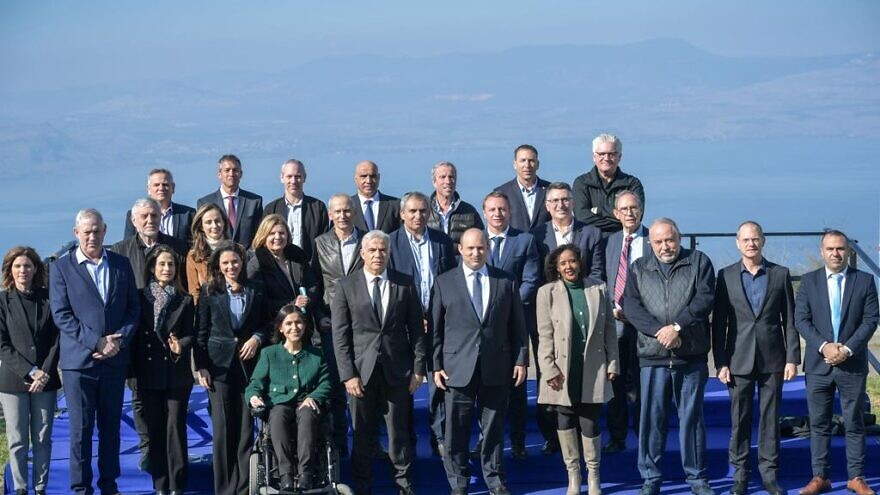 Addressing the weekly Cabinet session, held in Kibbutz Mevo Hama in the southern Golan, Bennett said that the government’s goal was to double the Golan’s population, according to an official statement. The current population is approximately 50,000.

To achieve this goal, the government plans to build two new neighborhoods in Katzrin, the unofficial capital of the Golan, and also to establish two new communities, Asif and Matar.

The plan also calls for the Golan to become “the technological capital of renewable energy in Israel,” he said.

Bennett went on to state that there was a broad consensus in Israel regarding the Golan, with ministers “from right and left” supporting the plan.

“The Golan Heights are Israeli; this is self-evident. Israeli law has been applied to them since 1981 and they are beyond all debate,” he said. “The fact that the Trump administration recognized this, and the fact that the Biden administration has made it clear that there has been no change in this policy, are also important,” he added.

In a press release coinciding with the Cabinet meeting, the Negev and Galilee Development Ministry announced a plan to subsidize hotel construction in the Golan Heights and around the Sea of ​​Galilee.

The ministry’s head, Oded Forer, described the government’s program for the Golan as “revolutionary” and one which “will add a significant shot of encouragement to the ability of the Golan authorities to absorb new residents and continue to provide a quality of life to the existing residents.”