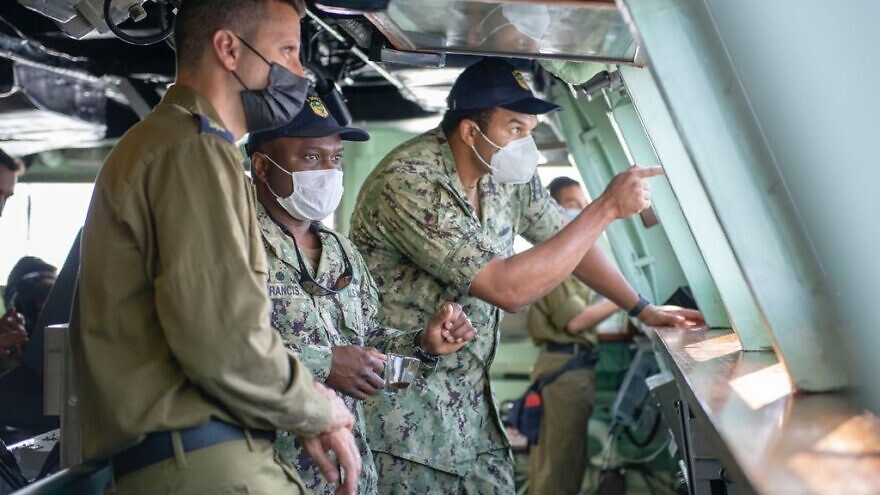 (September 3, 2021 / JNS) Israel officially moved into the U.S. Central Command’s (CENTCOM) area of responsibility on Sept. 1, taking over from the European Command (EUCOM) in a transfer announced earlier this year during the final days of the Trump administration.

“The realignment, announced by the [U.S.] Defense Department in January, strengthens the strategic U.S.-Israeli defense relationship and offers opportunities to deepen operational collaboration between the Israel Defense Forces and CENTCOM’s many partners in the region,” CENTCOM said in a statement.

Despite its location in the Middle East, Israel had been part of EUCOM for several decades, largely to avoid any friction between Israel and Arab militaries. However, with deepening ties between Israel and several Arab countries, coupled with growing threats from Iran, a need for better coordination between Israeli and American forces in the region was deemed necessary.

Several pro-Israel organizations advocated for the shift as well.

Earlier this year, JINSA issued a report calling for the move, saying “countering Iran and other forces for extremism in the Middle East, and all our partners in the region—Israel included—are coalescing around a common view of that threat and taking bold steps like the Abraham Accords to counter it cooperatively.”

While America’s core interest in Mideast stability remains unchanged even as it pivots away from the region, the report said that “Israel’s future role will include defending U.S. interests by rolling back Iran’s footprint in CENTCOM’s area of responsibility.”