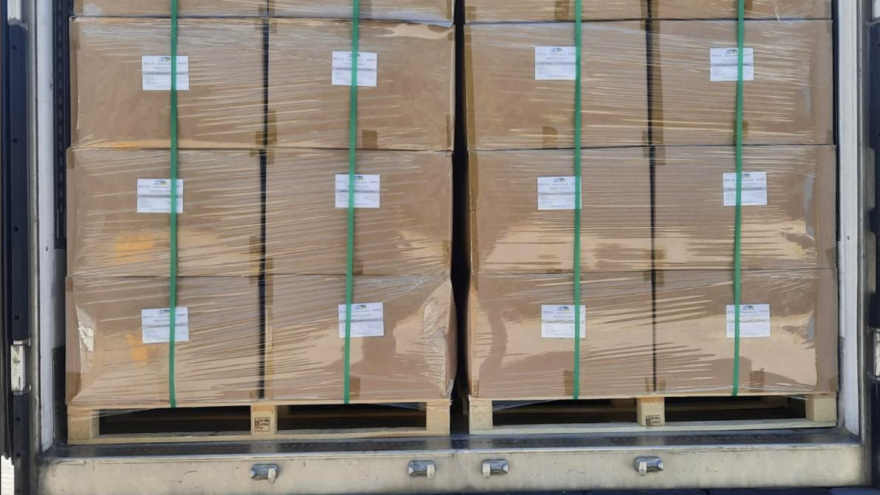 (July 29, 2022 / JNS) Israel sent 25,000 instant meals to Kharkiv, the second-largest city in Ukraine, which has been a frequent target by Russia since its February invasion.

The July 27 shipment was announced by Israel’s Ambassador in Ukraine Michael Brodsky in a Twitter post. He also uploaded pictures showing the shipped boxes, saying it was “part of continuing Israeli humanitarian assistance to Ukraine.”

The shipment was organized with help from MASHAV-Israel’s Agency for International Development Cooperation.

Kharkiv, which is a largely Russian-speaking area of Ukraine, has suffered heavy artillery fire and missile strikes since the start of the war. The Russian border at its closest is just 20 miles away from the city, according to AFP.

Last week, a barrage of shelling in Kharkiv killed three people, including a 13-year-old boy, adding to a death toll that the city’s mayor Igor Terekhov said is in the “many hundreds,” reported AFP.

“We have nine districts in the city, and they are all being bombed with varying intensity and at different times. So you can’t say anywhere in Kharkiv is safe,” said Terekhov. He added that since the start of the war, 30% of houses and apartments in the city have been destroyed, leaving nearly 150,000 people homeless.

Earlier in July, Israel’s Defense Ministry approved a shipment of defense aid to Ukraine that included 1,500 helmets, 1,500 protective vests, 1,000 gas masks, hundreds of mine protection suits and dozens of hazmat filtration systems, according to i24News.