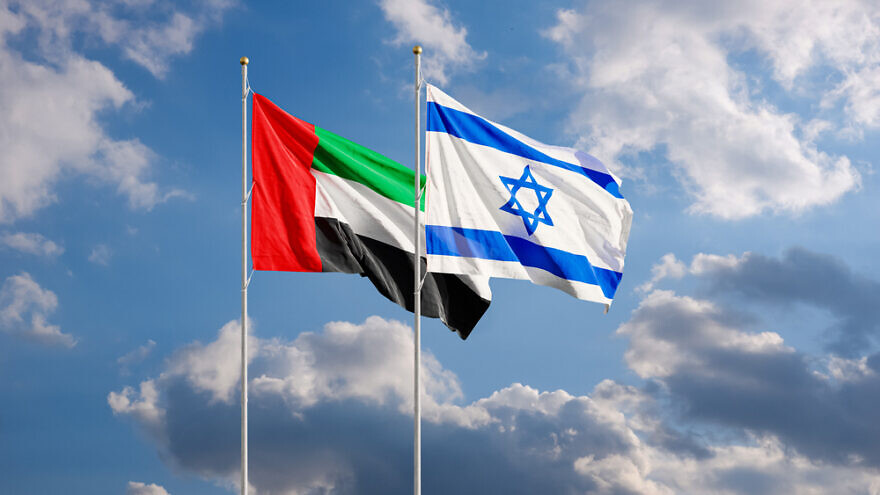 (November 19, 2021 / JNS) Bilateral trade between Israel and the United Arab Emirates is “exceeding all predictions” and expected to pass a billion dollars this year, chairman of the Israel Export Institute Adiv Baruch told the Khaleej Times.

Trade between Israel and the UAE reached roughly $610 million between January and July 2021, while imports from the UAE to Israel totaled $400 million. From Israel to the UAE, there was $150 million worth of diamond exports and industrial exports of $60 million, which is three times the amount calculated before the signing of the Abraham Accords, according to the Khaleej Times.

Numbers have not been released yet for trade in the high-tech industry, such as cyber technology and artificial intelligence.

“The top parameter here that has helped success is respect,” said Baruch. “There’s also a need for much patience—understanding needs and looking at partners’ strategic bonds to see how you can fit in as well. All of this is happening on a very high level. I believe we still have to continue paving the road, but there’s definitely strong will to make this a very effective economic diplomacy effort.”

He described the relationship between the two countries: “It started off as a gold rush, but we said we have to do it professionally, building the right contacts and establishing the right trust. We started to see that mature thinkers and business leaders looking for long-term partnerships took it seriously on a professional level.”