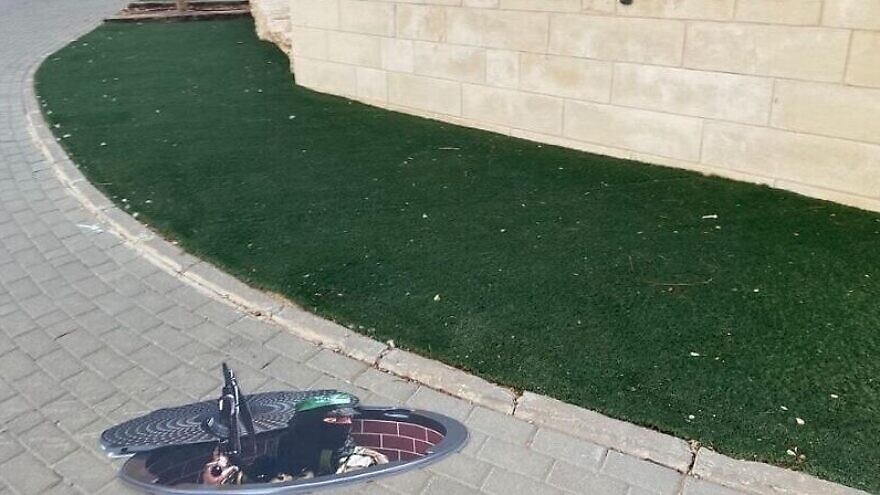 (October 6, 2021 / JNS) Stickers depicting terrorists escaping via tunnels were placed outside the headquarters of the Israel Prison Service in Ramle on Tuesday by the Israel Victory Project (IVP), in protest against what the group claims are the lenient conditions convicted terrorists enjoy in Israeli prisons.

“Rather than transforming a terrorist into a defeated supplicant, Israeli prisons permit extraordinary comforts and benefits to … prisoners,” Gregg Roman, director of the Middle East Forum, the organization behind the IVP, said in a statement.

Palestinian society sees its prisoners in Israeli jails “as soldiers on the front lines,” said Roman. They are lionized in Palestinian society and their “easy conditions and continued activities inspire the next generation of terrorists,” he added.

Instead of looking to its prisons as a way to break the terrorists’ spirit and “will to continue fighting,” Israel actually permits some terrorists to carry on their activities from behind bars, he said.

The protest comes in the wake of the well-publicized escape of six terrorists from Gilboa prison last month (the prisoners were quickly recaptured).

The organization says the escape of the terrorists, among whom was “arch-terrorist” Zakaria Zubeidi, who led the Al-Aqsa Martyrs’ Brigades in Jenin, “amply demonstrates how far the system has fallen into disrepute.”

The Palestinian Authority pays stipends to to prisoners and their families in the so-called “pay for slay” system, viewing the prisoners as central to its struggle against the Jewish state, according to the IVP.

In July, P.A. leader Mahmoud Abbas said at a ceremony honoring imprisoned terrorists that they were “stars in the firmament of the Palestinian people’s struggle,” the organization noted in its statement.

According to the IVP, the group’s mission is to “resolve the Israel-Palestinian conflict by convincing the Palestinians to give up their century-long war against Jewish sovereignty.”

Only then will it be able to focus on building up its own culture and society, the group says.