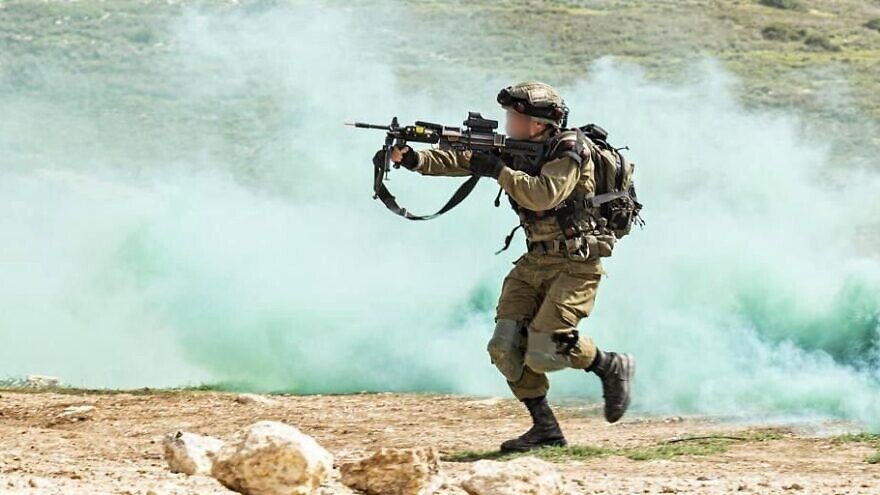 (May 10, 2022 / JNS) The Israeli Defense Ministry and Elbit Systems announced on Tuesday the start of a new program to equip combat soldiers with high-tech operational equipment to improve the ability of infantry personnel to perform in challenging combat settings, particularly in urban warfare.

The “Edge of Tomorrow” innovation program is run by the Defense Ministry’s Directorate of Defense Research and Development.

The program “strengthens the synergy between dismounted combat soldiers and their teams, and enables optimal operational value,” stated the ministry. It will employ research, simulation and live field scenarios to explore the utilization of new technologies for improved mission capabilities.

The equipment is expected to boost lethality, situational awareness, survivability, stamina, cognitive load, exposure of enemy locations, performance analysis and simulation, command and control, and more among combat soldiers, according to the statement.

It will further incorporate digital network technology such as Elbit’s Torch-X battle management system, augmented-reality goggles and a computerized assault rifle. It will also feature a digital head-mounted display system, hostile fire-detection technology, a location-tracking system in GPS-denied environments, tactile (wearable) sleeves for navigation and command transmittance, and a voice command system, according to the statement.

Haim Delmar, executive vice president at Elbit and general manager of the C4I and Cyber Division, said: “The purpose of this program is to equip combat soldiers, teams and platoons with innovative capabilities that will significantly improve their survivability and transform their mission effectiveness.”