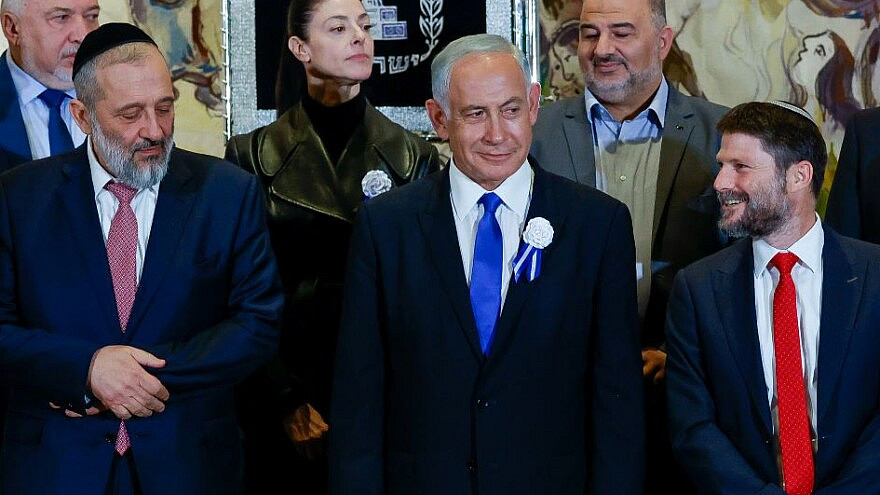 (December 28, 2022 / JNS) The 37th Israeli government is set to be sworn in on Thursday, and details are emerging about its composition.

Led by designated Prime Minister Benjamin Netanyahu, the government will feature Defense Minister Yoav Galant (Likud), Finance Minister and Special Minister in the Defense Ministry Bezalel Smotrich (Religious Zionism Party), and Israel Katz (Likud) as foreign minister for half a term, to rotate with Ron Dermer, according to reports.

Other appointments include Avi Dichter (Likud) as agriculture minister, Shlomo Karhi (Likud) as communications minister, and Yizhak Wasserlauf (Otzma Yehudit) as the Negev and Galilee minister.

Orit Strock (Religious Zionism) is to be national missions minister.