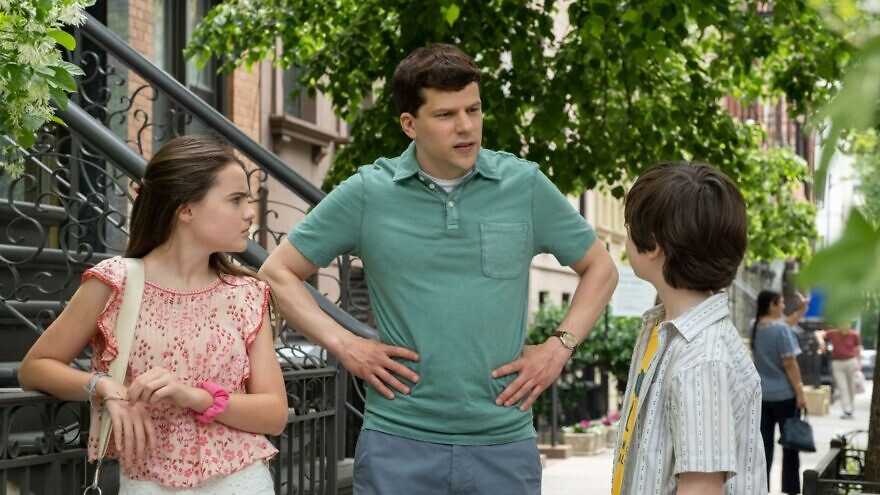 “Oh, of course it does,” Claire Danes says, as his wife, Rachel, in the FX series “Fleishman Is in Trouble,” available on Hulu.

The miniseries is based on the eponymous New York Times best-selling book by Taffy Brodesser-Akner, who wrote the series and is the showrunner. In it, Eisenberg delivers his best performance other than when he played Mark Zuckerberg in “The Social Network.”

Toby meets Rachel at a party and they soon kiss as we hear “Tonight, Tonight” by The Smashing Pumpkins. Rachel explains that her mother is Jewish and has him listen to the Neil Diamond song “Play Me.”

But does Rachel play him? They have two kids after their marriage, but she devotes most of her time to heading a theater management group. They argue and can’t figure things out, as Rachel is seen as a villain.

In one funny flashback in Jerusalem in 1994, the two friends give a little money to a woman asking for charity and she curses them, but when Toby gives her a good amount of money, she blesses him and says he will heal people. He ends up being a doctor and an expert on the liver, and just as he marvels at how the organ can heal itself and regenerate, he hopes his heart can recover from the heartbreak of divorce. One of her biggest complaints: he constantly cooked steamed chicken!

We see a Shabbos dinner, an argument before a Seder, and a mezuzah by his door. Manhattan’s 92nd Street Y is featured prominently, not surprisingly, since the writer was a camp counselor there. In one scene, Seth tries to impress a young Israeli woman with some pretty weak Hebrew. The doctor is happy that his daughter already knows her haftorah reading for her bat mitzvah. The fifth episode includes a cute moment where Fleishman’s son and daughter sing together, although the song is a bit cheesy.

Brodesser-Akner, a profile writer for GQ and The New York Times Magazine, spoke last Thursday night at the Museum of Jewish Heritage with A.O. Scott, the legendary film critic for the Times, ahead of the museum’s first-ever New York Jewish Book Festival that was held on Sunday.

Brodesser-Akner said she wrote the novel because she needed money and because she had a crisis of conscience after interviewing a number of divorced men who remarried people who used to work for them and said their lives improved. 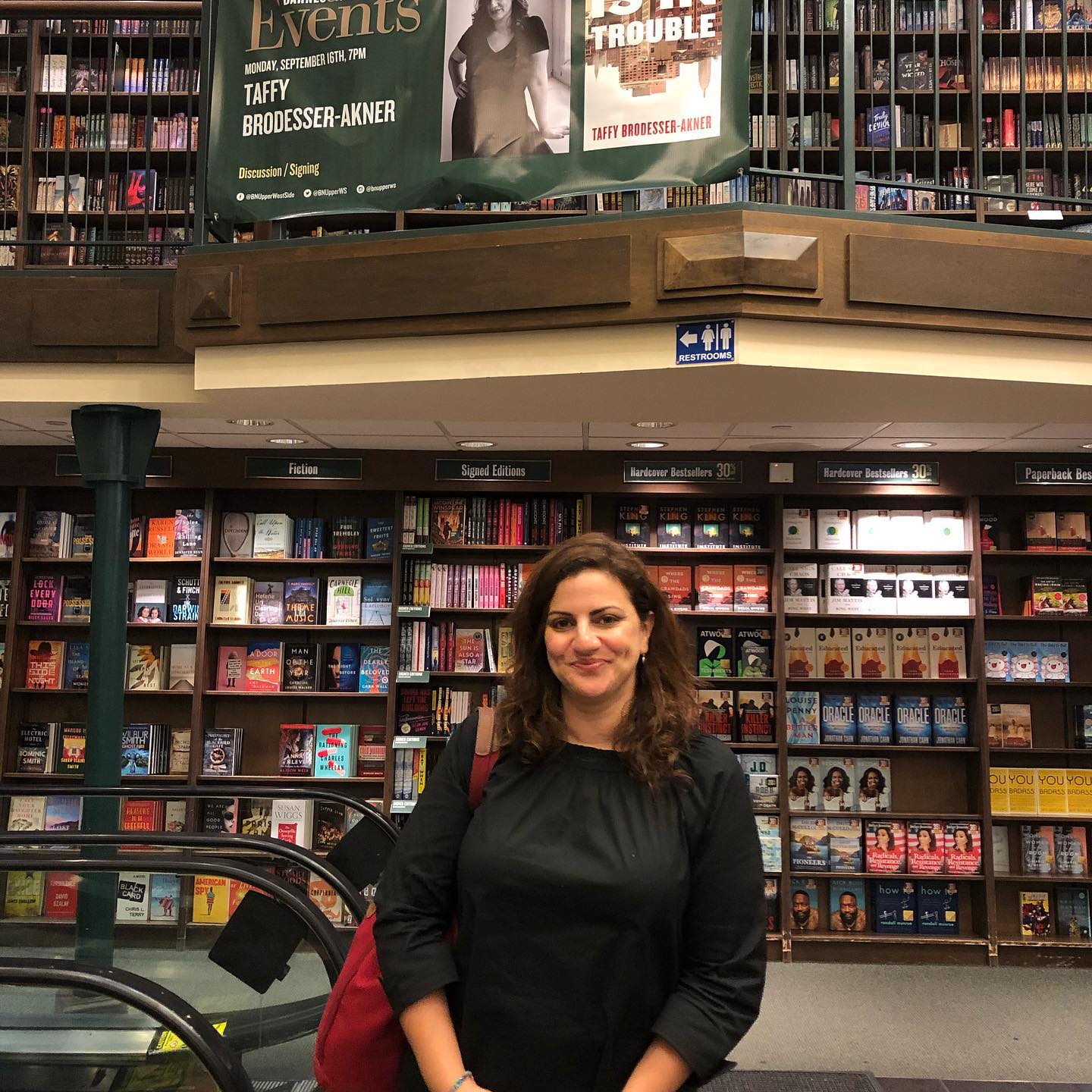 Taffy Brodesser-Akner at a Barnes & Noble on the Upper West Side of Manhattan, Sept. 16, 2022. Courtesy photo via Facebook.

Originally from Brooklyn, Brodesser-Akner said she loves New York City and wrote the book while living in New Jersey.

She said she loved books about tortured men by Philip Roth or John Updike but wanted to write about the underlying current of divorces, where in many cases, she had heard, there was a dynamic that wives made more money than their husbands. The idea was rejected by her GQ editor, and she decided to show that the editor was wrong.

She said she got her first choice of actor for every role from Eisenberg to Danes.

As a magazine writer, she has profiled countless celebrities. She said when she interviewed Bradley Cooper and he was trying to tell her about acting, she asked if his handsomeness hampered him. As for novel writing, she said trying to write for a bigger audience “flattens what you do.”

Brodesser-Akner noted that some suggested she changed the title of her book/series because it was too New York/Jewish. An audience member asked what makes her show Jewish.

“…I have a mezuzah and in the third episode a Shabbat dinner and this is called a Jewish show,” she said, adding that the classic Roth question was: “Are Jews Americans?

“I guess the answer is ‘no,’ Brodesser-Akner said. “In light of everything that’s going on in this country and other countries, it must be that for this to be so radical. This is a show that takes place in New York, the guy’s named Fleishman and he has a mezuzah. I don’t know. So, I guess that’s what makes it a Jewish show. It is radical….I was always told from the time I was in college that you write what you know….

“I’m writing [about] who I hang out with and I guess it’s radical for Jews to just walk around being Jewish without talking about it or without leaving Orthodoxy or without becoming Orthodox…the Orthodox people I know are very happy…to get up in the morning and go to work and come home is radical,” Brodesser-Akner said.