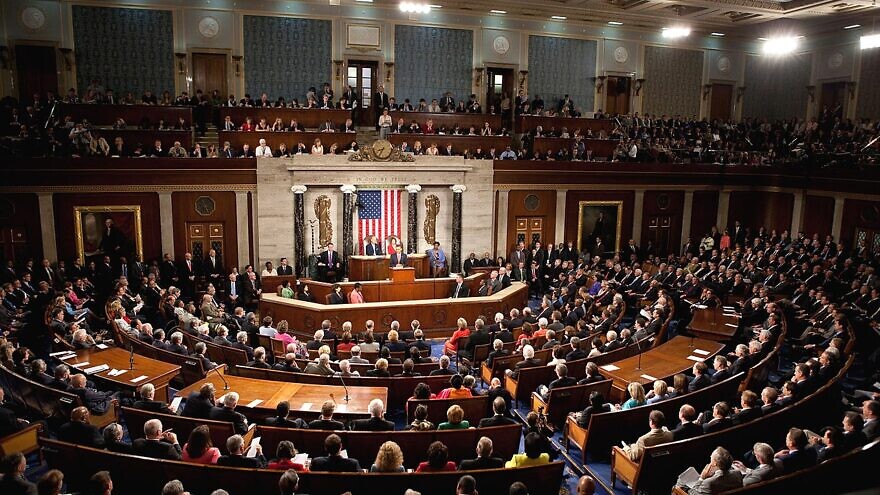 (December 22, 2022 / JNS) Congressional leaders released their 2023 federal budget compromise bill earlier this week. In response, the Jewish Federations of North America (JFNA) applauded the inclusion of many of its key legislative priorities. In particular, JFNA pointed to the Nonprofit Security Grant Program (NSGP), the Holocaust Survivor Assistance Program and the Jabara-Heyer NO HATE Act.

The bill includes $305 million for the NSGP, a significant increase from the current year’s $250 million. The program provides security funding for houses of worship and other nonprofits. As President Joe Biden noted in his speech at the recent White House Hanukkah celebration, these funds are critical to protecting Jewish and other faith institutions, especially at a time of increased levels of antisemitism.

The Holocaust Survivor Assistance Program will receive $8.5 million, short of the House’s $10 million target but up from the $6 million provided in FY 2022.

Signed into law in 2021, the package for the Jabara-Heyer NO HATE Act includes $10 million for implementation, which is double last year’s provision. Elana Broitman, SVIP of Public Affairs at JFNA said, “The funds provide law enforcement with the tools to record and analyze hate crimes, for victims of hate crimes to feel safe and for community organizations to build relationships with law enforcement to combat hate effectively together.”

The JFNA also applauded key health, mental health and long-term care provisions allocated by the bill. For the first time since its introduction in 2015, the ABLE Age Adjustment Act was included in the budget, which will allow those who become disabled later in life to have access to tax-free savings plans.

However, JFNA expressed disappointment that “critical priorities,” such as the Afghan Adjustment Act, were not included in the bill.