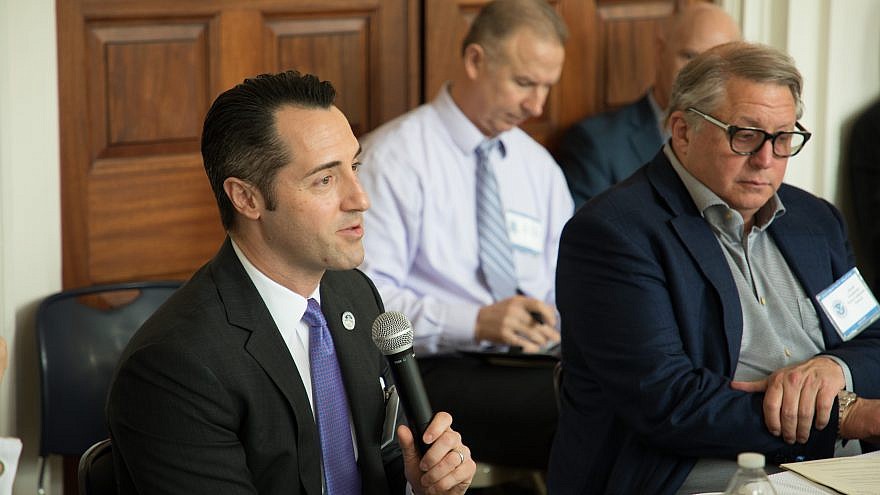 (January 15, 2020 / JNS) As synagogues nationwide debate whether to have armed individuals in their building to prevent possible terror attacks, the Secure Community Network has issued new research and scenarios on who might carry arms in a congregation—from trained law-enforcement personnel to congregational members—and how to keep attendees safe.

Titled “Firearms and the Faithful: Approaches to Armed Security in Jewish Community,” the 24-page white paper was crafted by SCN—the security arm of the Jewish Federations of North America and the Conference of Presidents of Major American Jewish Organizations. It was written in consultations with security experts, including federal and local law-enforcement officials.

The guidelines come just weeks after a terror attack at the home of a rabbi in Monsey, N.Y., and has been in the works for several months following last year’s deadly attacks at the Tree of Life*Or L’Simcha Synagogue in Pittsburgh and Chabad of Poway in Southern California.

“With attacks against synagogues and Jewish communities at their highest levels in years, this report comes at an important time,” said Eric Fingerhut, president and CEO of the Jewish Federations of North America. “We are rethinking our approach to security.”

According to the FBI, hate crimes targeting Jews are on the rise nationwide. In 2018, of the 1,550 recorded religiously motivated bias offenses, 57 percent were “motivated by anti-Jewish bias.”

“We’ve seen a rise in attacks against houses of worship and concerns about how to best protect worshippers,” said national director and CEO of SCN Michael Masters in a release. “This white paper provides a consistent, best practice approach to issues related to armed security to ensure people can worship safety.”

The paper advises that “an armed guard or armed congregant is not a security strategy or plan on its own. Armed security can be part of a plan, but it is only that—a component. A true security plan includes many other layers and components … .”

It also lays out eight points to know before deciding whether or not to have guns in the synagogue, including concerns about legality, training, costs and more.

While noting that it is up to each congregation to make security decisions for themselves, the paper concludes that “if a congregation determines that armed security will be part of their plan, then this paper should help them reach the conclusion that employing a uniformed police officer is the option most likely to achieve their goals.”