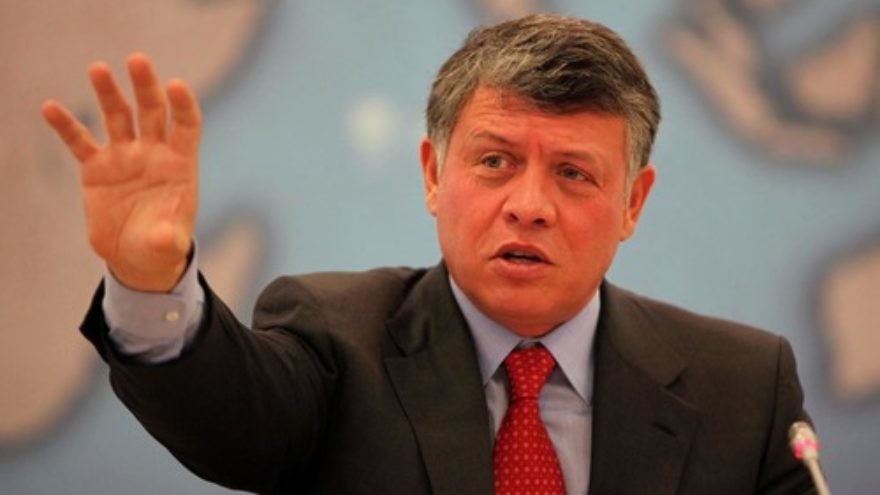 (January 13, 2020 / JNS) Jordanian King Abdullah II said he believes that after years of speculation, U.S. President Donald Trump will present a peace plan regarding the Israeli-Palestinian conflict in the Middle East, and hopes that his country and the rest of the world will view the glass as “half-full.”

“He understands what needs to be done to get the Israelis and the Palestinians closer together,” he told France 24 in an interview, mentioning that he’s spoken with Trump about the upcoming Mideast peace plan, which many have dubbed the “deal of the century.”

Abdullah said he has not seen the proposal.

At the same time, the king expressed alarm over Israeli Prime Minister Benjamin Netanyahu’s pledge to annex the Jordan Valley, calling it “election politics rhetoric,” and that such a move could destabilize the region.

U.S. National Security Advisor Robert O’Brien told Axios on Friday that the White House the peace deal could be presented before the Israeli election in March.

“I don’t think it necessarily depends on the elections. They will have had three elections in a row, we’ll have to see,” he said. “The president is looking for a solution on the Israeli-Palestinian front that is durable, is long-lasting, and we’re not timing anything we do based on the domestic politics, either the Palestinians or the Israelis.”

O’Brien added that “we’re not focused on the Israeli election calendar or when the Palestinians end up having an election.”