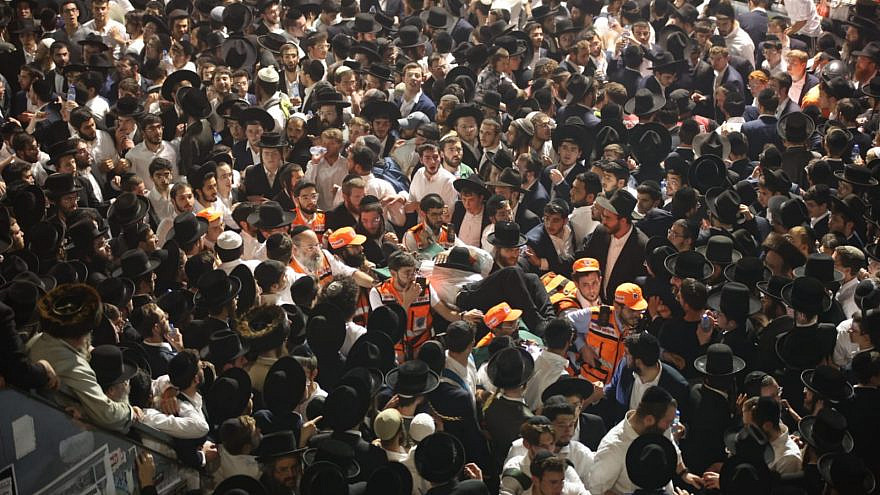 (May 25, 2021 / JNS) Israeli lawmakers on Monday approved a bill to establish a governmental commission of inquiry into the deadly Lag B’Omer stampede last month at Mount Meron.

The bill, sponsored by Knesset member Mickey Levy of the Yesh Atid Party, passed by a majority of 19-13 in what was described as a “heated” session. Some lawmakers associated with the right-wing Likud bloc walked out as soon as the vote was announced, while others were later removed.

The bill was one of several exempted by the Knesset Arrangements Committee on Monday from a mandatory 45-day waiting period, allowing for an immediate vote to be held.

Among other bills exempted by the committee were proposed amendments to Israel’s Basic Law: The government would set term limits on Israeli prime ministers and impose restrictions on who can be tasked with forming a government.

Others involved unemployment benefits for self-employed workers; the imposition of a minimum sentence for possession of an illegal weapon; free education for children and toddlers; and several others. All of the proposed bills were passed.

Itamar Ben-Gvir of the right-wing Otzma Yehudit Party, who together with two other Knesset members from the same party was ordered out of the session by Knesset Arrangements Committee chair Karin Elharar, accused the Yesh Atid lawmaker of exploiting her position to stifle opposition.

“Russia is here. It is unacceptable that Karin Elharar is taking advantage of her position to shut people’s mouths. What happened [here] today is just a preview of what’s ahead if the left comes to power,” he said.