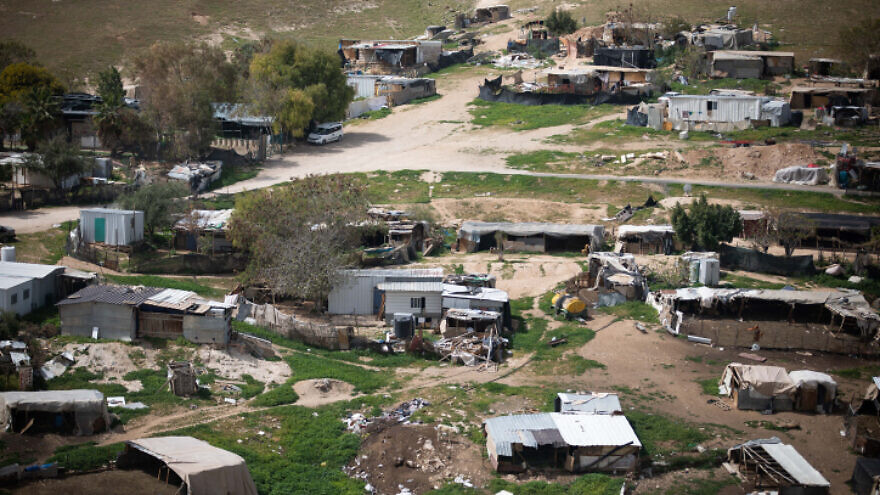 (July 19, 2021 / JNS) Israeli Foreign Minister Yair Lapid called on Sunday for a postponement of the evacuation of Khan al-Ahmar, warning that the move could have negative political consequences, Ynet reported.

The contentious issue of the illegal Bedouin village located between Jerusalem and the Dead Sea, “has been on the table of Israeli governments for several years,” Lapid wrote in a letter to Cabinet Secretary Shalom Shlomo.

“In 2018, the [High Court of Justice] approved the demolition and evacuation of the village, but due to various political considerations on the part of previous governments, it hasn’t been evacuated to this day [due] to a number of weighty domestic and international challenges,” wrote Lapid, according to Ynet.

“Given that the [current] government has just been formed, and hasn’t had time to examine the issue in depth and independent of the previous governments’ conclusions, and noting that this is a particularly sensitive issue … I request that the necessary conditions for evacuation be examined and that an in-depth study of all the legal and international ramifications of the move be conducted,” he added.

Lapid’s appeal for a postponement of the evacuation is reportedly in view of the fact that Israeli Prime Minister Naftali Bennett, Justice Minister Gideon Sa’ar and other members of the coalition—such as Interior Minister Ayelet Shaked and Finance Minister Avigdor Lieberman—all supported the evacuation in the past.

Khan al-Ahmar is one of more than 170 illegal outposts created by the Palestinian Authority and funded by the European Union, according to the NGO Regavim.

On a tour of the outpost in January 2019, then-Economy Minister Eli Cohen remarked that it “was built with the help of foreign interests that are meddling in Area C,” the part of Judea and Samaria that is under full Israeli jurisdiction according to the Oslo Accords.

“The State of Israel has laws, and those laws must be obeyed,” he said.