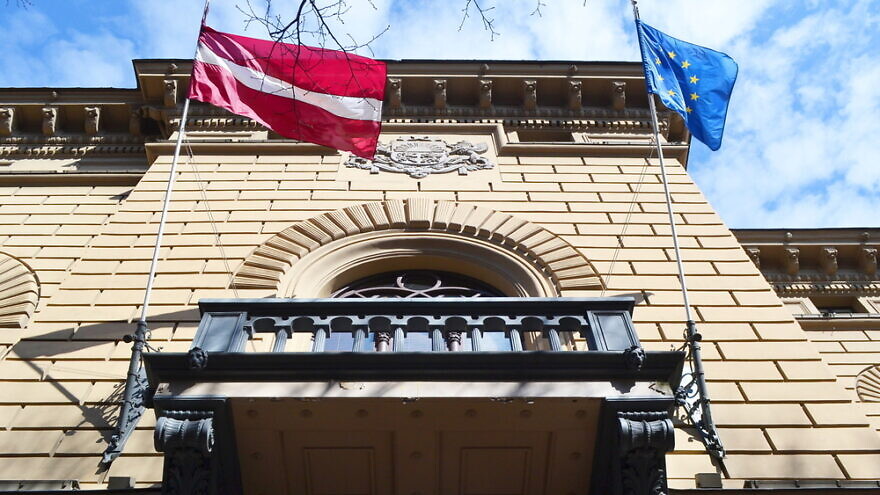 (February 11, 2022 / JNS) Latvia’s parliament passed a bill that will provide compensation for unrecovered Jewish property and funding for the country’s Jewish community, reported The Associated Press.

The Law on the Compensation of Goodwill to the Latvian Jewish Community approves the spending of 40 million euros ($45 million) over the course of 10 years to help Latvia’s Jewish community institutions and cultural projects, and to provide social and material assistance to Holocaust survivors. The funding is Latvia’s “goodwill compensation” for unrecovered Jewish properties.

The legislation that passed on Thursday also states that the Latvian state is not responsible for the Holocaust that took place during the occupation of Latvia or the actions of the Soviet-occupying regime.

Latvia was occupied in June 1940 by the Soviet Red Army, and then a year later, by the Nazis.

Roughly 95,000 Jewish people lived in Latvia before World War II, according to the AP. However, the Jewish community suffered during the Nazi occupation, and when the Red Army retook Latvia in late 1944, an estimated 90 percent of the country’s Jewish population had died.

Jewish community members were prevented from recovering properties they owned in June 1940, which was first seized by Soviet Union, then taken over by the Nazis, and again retaken by the Soviet Union before later becoming property of the Latvian state, the AP reported.

Latvia remained part of the Soviet Union until it gained independence in 1991.

The country’s Jewish population currently stands at 9,500, the AP noted.