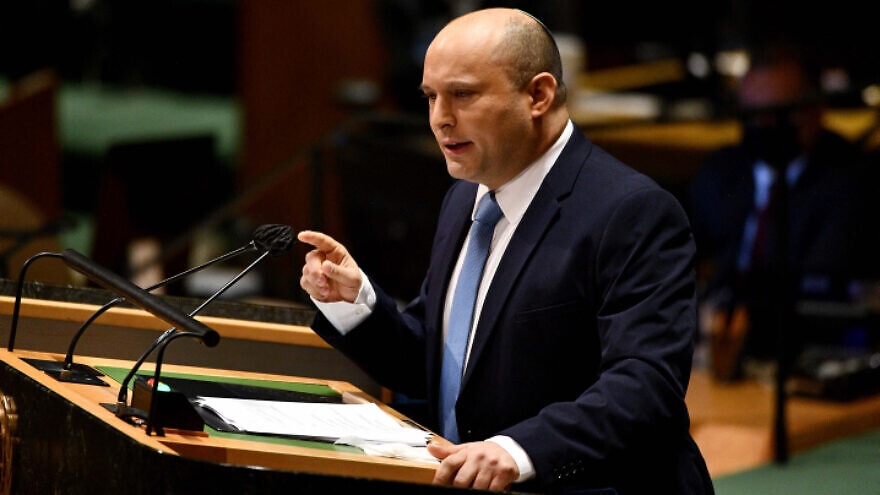 (April 26, 2022 / JNS) The Magen Unit responsible for protecting Israeli Prime Minister Naftali Bennett is stepping up security on Tuesday after an unknown individual sent a letter containing a death threat and a live bullet, and addressed it to the premier and his family.

Security officials in the Prime Minister’s Office have decided to “reinforce the security of the unit responsible for protecting Prime Minister Bennett’s family,” according to an office statement.

Responding to the development, Bennett tweeted: “A political conflict, no matter how deep, should not reach violence, thuggery and death threats.”

“I am a prime minister and a political figure, but I am also a husband and a father, and my duty is to protect my wife and children,” he said. “We must lower the flames of the political dialogue. On the eve of the remembrance days and Independence Day, I call on everyone from all sides of the political spectrum—and mainly to those active on social media—this is the time for calm and reconciliation.”

Israeli Defense Minister Benny Gantz released a statement on Twitter as well, saying threats to Bennett’s family are “a crossing of a red line.”

“Incitement and violence have already in the past led to a political murder,” he stated. “One bullet in an envelope can turn into three bullets fired from a gun. I trust the police and the Shin Bet to reach those responsible for this. Even in days of difficult division, we all have the duty to recall that our unity and resilience are the basis of our strength.”