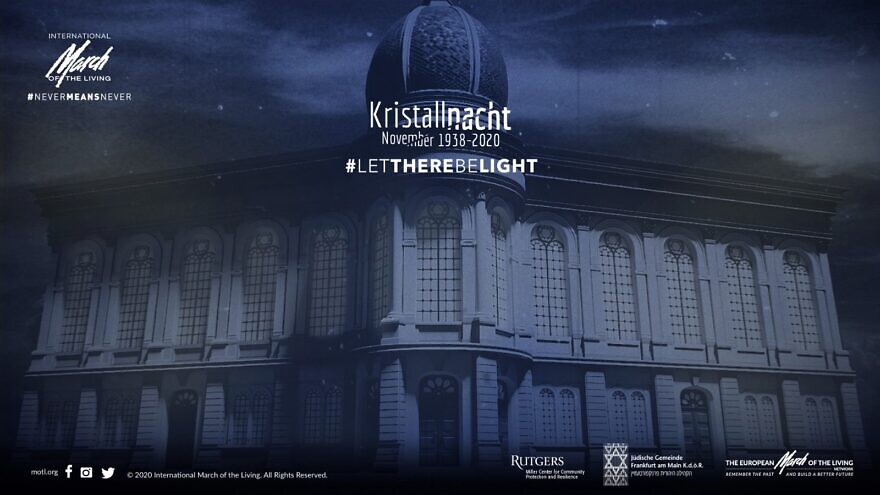 An international campaign titled “Let There Be Light” is inviting individuals, institutions and houses of worship worldwide to keep their lights on during the night of Nov. 9, 2020. Credit: Courtesy.
Spread the word.
Help JNS grow!
Share now:

(November 3, 2020 / JNS) A two-day pogrom began on Nov. 9, 1938, during which the Nazis burned more than 1,400 synagogues and Jewish institutions in Germany and Austria. Indeed, Kristallnacht (“The Night of Broken Glass”) was a critical moment in the chain of events that led to the Holocaust.

This year, March of the Living will mark Kristallnacht with a message of unity and hope through an international campaign titled “Let There Be Light.” It is inviting individuals, institutions and houses of worship worldwide to keep their lights on during the night of Nov. 9 as a symbol of solidarity and mutual commitment in the battle against anti-Semitism, racism, hatred and intolerance.

Salomon Korn, head of the Jewish Community Frankfurt am Main in Germany, said “anti-Semitism and racism threaten our society as a whole; they endanger our values ​​and our democracy. Together, we want to send a signal against the increase of anti-Semitism and hate speech all over the world. We want to raise awareness against growing discrimination and intolerance, and bring the light of humanity in these difficult times.”

As part of this virtual initiative, people of all religions and backgrounds are invited to write personal messages of hope in their own words on the campaign website. 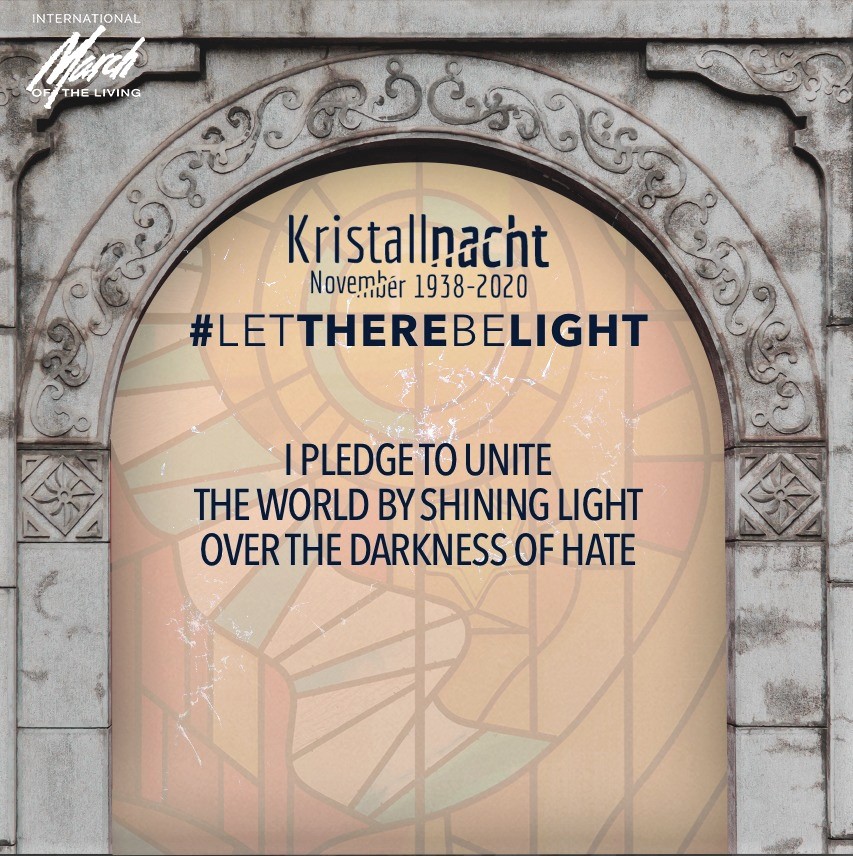 From the international campaign titled “Let There Be Light” slated for Nov. 9, 2020. Credit: Courtesy.

The main synagogue in Frankfurt (one of the few that was not destroyed on Kristallnacht) will be illuminated, as well as at other places of religious significance across the world. Prayers from the virtual campaign will be projected on the walls of the Old City of Jerusalem.

Against the backdrop of rising anti-Semitism and racism—this week saw terroristic attacks in France and Austria—and the shadow of COVID-19, these expressions of optimism and unity will help illuminate the world against darkness and hatred.

March of the Living president Phyllis Greenberg Heideman and March of the Living World chair Shmuel Rosenman said “we must use our voices to tell the world that attacks on Jews and non-Jews alike, whether on the basis of religion, race, color or creed, are inexcusable. In the days when synagogues and holy places for various religions are attacked on a regular basis, it is our duty to speak out loudly and clearly.”