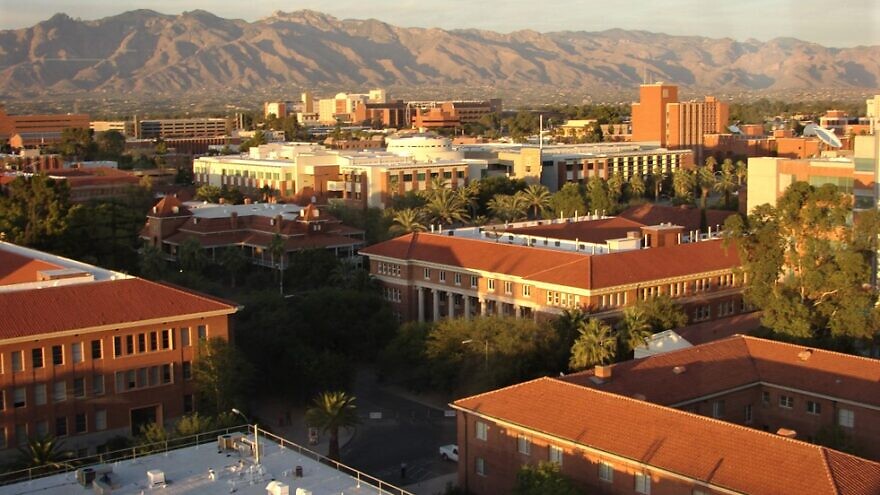 (November 25, 2022 / JNS) The head of a North American Jewish security organization has argued that the University of Arizona could have done more to prevent the recent murder of a professor at the school.

Graduate student Murad Dervish, who had made antisemitic death threats against Professor Thomas Meixner, eventually shot Meixner to death in his office on Oct. 5. In an op-ed published in the Arizona Republic on Nov. 22, Secure Community Network National Director and CEO Michael Masters noted that Dervish’s threats “were previously known and reported, but not enough was done to avoid yet another deadly campus shooting.”

“Many of the threats were made via text messages, although they were sent to a different professor, Eyad Atallah,” Masters explained. “In them, Dervish wished death to all Jews and accused Meixner of orchestrating a Jewish-led conspiracy against him. Dervish repeatedly made antisemitic comments to Atallah, including ‘You’re absolutely either a k— or doing their bidding.’ He noted: ‘As Arabs we’re supposed to stick together … instead you’re a filthy k— lover.’”

While the university “to its credit” expelled Dervish and barred him from campus, “more could and should have been done to prevent a senseless murder,” Masters wrote.

According to Masters, efforts to keep Dervish off campus should have included “more aggressively pursuing criminal charges against Dervish; actually warning Meixner and Atallah about the threat posed by Dervish; working with them on their security and implementing security procedures to prevent unauthorized individuals—such as Dervish—from just walking into buildings where targeted individuals worked.”