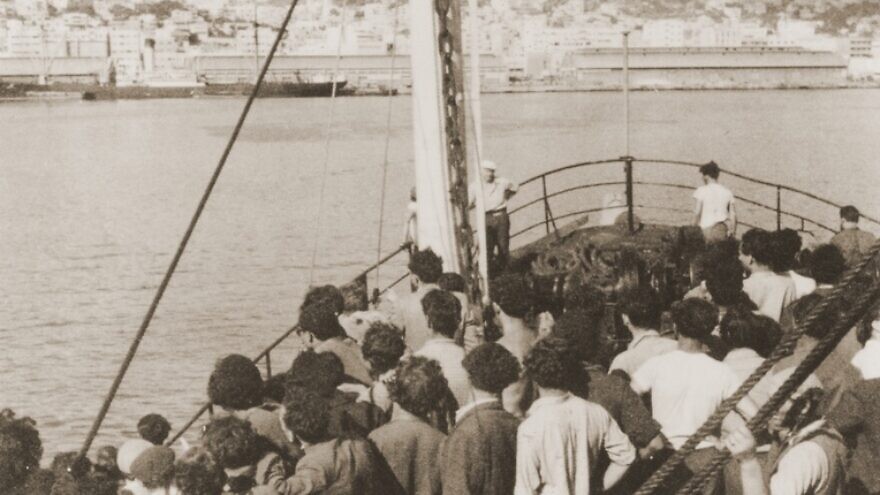 (January 9, 2023 / JNS) Online genealogy platform MyHeritage announced on Sunday the publication of a database comprising 1.7 million records, covering immigration to Israel from 1919. The company called it “the Israeli equivalent of the famous ‘Ellis Island’ immigration database for the United States.”

For more than a year, MyHeritage indexed thousands of public-domain images from the Israel State Archives, linking them to surviving records of those who immigrated to Israel by ship and by plane starting in 1919.

MyHeritage said it’s the first organization to create a searchable index for the collection and link it with the scanned images.

The collection is available to search for free and without having to sign up to the company’s website, to make it easily accessible for those researching their Jewish roots in Israel.

Historians have defined several waves of aliyah between 1882 and the beginning of World War II. The collection starts with the Third Aliyah period (1919-1923). The first two waves took place from 1882 to 1918 under Ottoman rule, and are not covered in this collection.

The collection was created from scanned books stored by the Israel State Archives, with lists of immigrants arranged in chronological order according to the arrival dates of the ships or planes.

The records also included the arrival of tourists to Israel, or the return of Israeli residents from trips abroad. Pedestrian arrivals are also listed; those who came in through border crossings in the north or south.