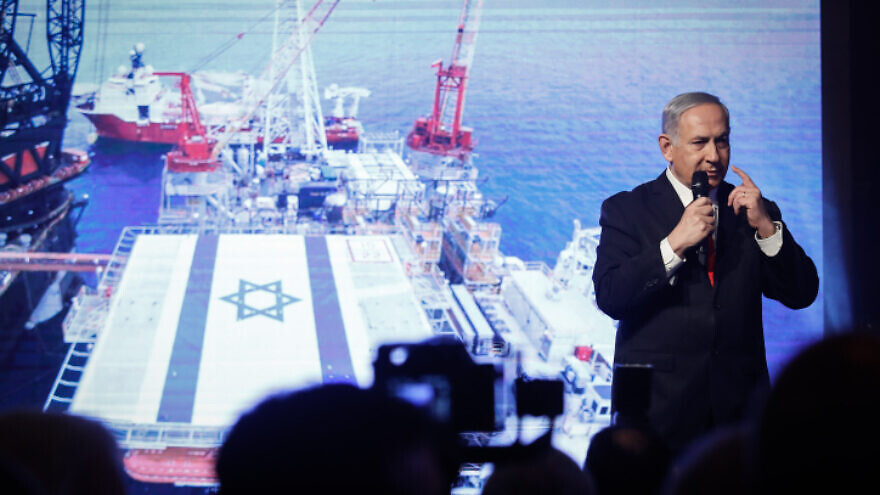 (January 22, 2020 / JNS) Israeli Prime Minister Benjamin Netanyahu announced on Tuesday that if he wins Israel’s March 2 elections, he will annex not only the Jordan Valley, but also all settlements in Judea and Samaria, “immediately” and “without exception.”

His remarks came during a speech launching his Likud Party’s campaign, and just hours after Blue and White Party leader Benny Gantz announced that if he wins in March, he will annex the Jordan Valley “in coordination with the international community.”

Netanyahu suggested that Gantz’s vow was a bluff aimed to appeal to right-wing voters and urged his rival, who called the Jordan Valley “Israel’s eastern protective wall,” to support such a measure in the Knesset even before elections.

The prime minister also addressed the economy and illegal immigration in his speech. He pointed to the success of Israel’s security fence in reducing illegal immigration, saying, “We blocked the entry of a million infiltrators,” reported i24 News. “A third of those who came in we’ve already taken them out of the country, and we’ll get the other two-thirds out of the country as well.”

In regards to the economy, Netanyahu said “we’ve brought Israel to the best decade in its history,” according to the report.

Meanwhile, on Tuesday, the Knesset’s Arrangements Committee announced that hearings to discuss Netanyahu’s request for immunity from prosecution in the three criminal cases facing him could start on Jan. 30, pending a plenum vote on Jan. 28 to set up the panel to hear the request.