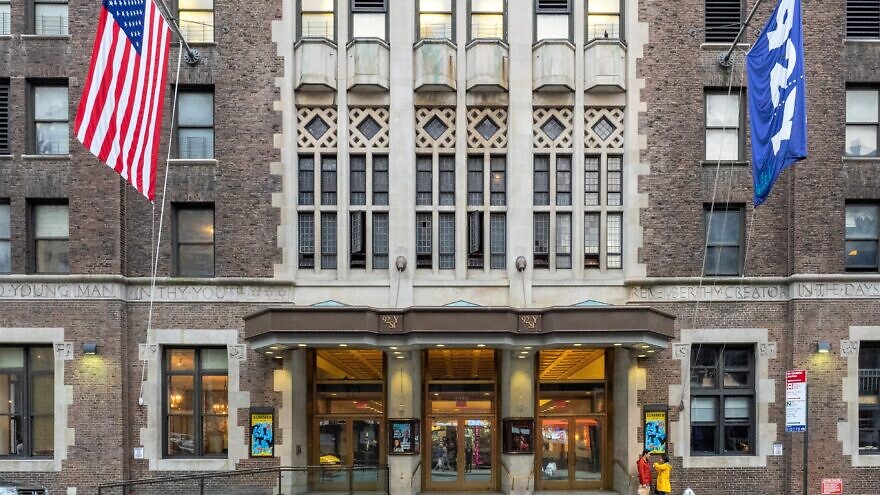 (June 12, 2020 / JNS) The prominent New York Jewish cultural center the 92nd Street Y, now known as 92Y, is scheduled to host a virtual event on June 18 featuring an imam who has defended the call for the State of Israel to be destroyed.

The event features Rabbi Peter Rubinstein of New York’s Central Synagogue, a Reform congregation, and Imam Al-Hajj Talib Abdur-Rashid of the Mosque of Islamic Brotherhood Inc., in New York. They plan to discuss how society can move forward amid the hardship of “recent events,” though the event description doesn’t specifically mention such events, including the death of George Floyd, 46, who died on May 25 in the custody of Minneapolis police.

While Abdur-Rashid acknowledged the Holocaust as “one of the great tragedies of humanity, along with slavery, Hiroshima, Nagasaki, Bosnia and Rwanda,” he said that Ahmadinejad’s call for Israel’s annihilation echoed a “sentiment born of the legitimate anger, frustration and bitterness that is felt in many parts of the Muslim world.”

In 2005, he defended Rafiq Sabir, an American doctor who was convicted two years later for agreeing to be a medic for wounded Al-Qaeda members abroad. Sabir was sentenced to 25 years in prison.

“Dr. Sabir was well-known here in Harlem and known, really, as a humanitarian physician,” said Abdur-Rashid.

The imam has made other controversial remarks, including accusing Muslims of conspiring with law enforcement, such as the NYPD, and the American government of “the way that it does things and sets people up.”

92Y and Rubinstein did not immediately respond to a request for comment.