(March 15, 2021 / JNS) For the last 10 months, many Americans have embraced the notion that their country is guilty of “systemic racism.” In the wake of the killing of George Floyd at the hands of police last spring, a wave of support for critical race theory and its catechism about “white fragility” and “white privilege,” as well as a revisionist view of American history—as exemplified by The New York Times’ fallacious “1619 Project”—have swept across the country. Initially focused on claims about police killings of African-Americans that are contradicted by the facts, support for the Black Lives Matter movement has transcended that limited argument and now become one that seeks to rethink much of the way the nation thinks about itself.

Evidence of this shift in the culture is everywhere but a better example can’t be found than the 2021 Grammy Awards program, which solidly aligned the music industry with woke politics. But the Grammys did something else this year. The program put its seal of approval on Tamika Mallory: a notorious anti-Semite and supporter of hatemonger Louis Farrakhan.

That was just the latest example of how support for the BLM movement leads inexorably to a permission slip for anti-Semitism. But the question to ask about this incident is not why the music industry is treating Mallory as not only a legitimate spokeswoman for the African-American community but as someone with the moral authority to scold the nation from the bully pulpit of a music awards show. We need to ponder why so much of the organized Jewish community has drunk the BLM and critical race theory Kool-Aid. That has led to them essentially legitimizing not just the rampant anti-Semitism that exists in parts of that movement but those, like Mallory, who have identified themselves with hate groups, as well as opponents of Israel who spread the libel that it is an “apartheid state” and deny its right to exist. 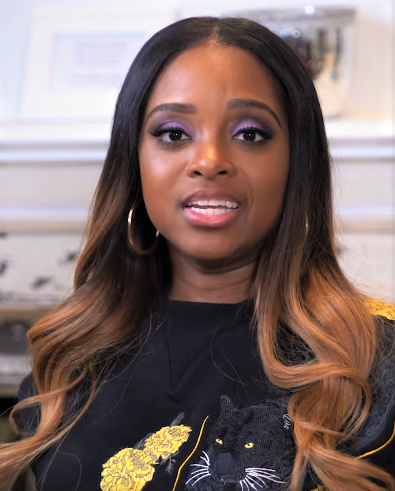 Among the most enthusiastic endorsers of this allegedly progressive stance are liberal Jewish organizations. Groups like the Religious Action Center of Reform Judaism and the Anti-Defamation League have embraced the BLM mantra as unquestioned truth. As is the case elsewhere in society, those who won’t bend the knee to this groupthink are smeared as racists (as happened to Zionist Organization of America national president Morton Klein) or, as is the case with a principled liberal like former Jewish Council for Public Affairs CEO David Bernstein, they come to the conclusion that their only viable path forward is to leave and work to fight wokeness from outside of the organized Jewish world rather than within it.

Critics of the impact that support for BLM has had on American Jews point out that those who believe that Jews must ally with that movement (as opposed to supporting, as all decent people do, the notion that black lives matter) are enabling anti-Semitism. Since critical race theory views everything through the prism of race and groups rather than individual rights, Jews are inevitably and falsely labeled as guilty of enjoying white privilege. In that context, Israel and its supporters are damned by intersectional myths about the Palestinian war on Israel being akin to the struggle for civil rights in the United States. That marks Jews who won’t disavow Israel as implicit oppressors of “people of color,” regardless of the fact that most Israeli Jews actually fit into that category.

That’s why race-baiters and Farrakhan allies like Mallory have risen to the top of a BLM movement that poses as defenders of civil rights, but whose agenda is far different from those who worked for equality and an end to segregation in the past.

Mallory first made her name as one of the founders of the Women’s March protest movement that mobilized people to demonstrate against former President Donald Trump. It turned out that not only was she a Farrakhan acolyte (she called him the “GOAT,” or greatest of all time). She was also guilty of driving Jewish and pro-Israel women out of her group. When confronted about that she obfuscated, lied and deflected while accusing those who called her out—like “The View’s Meaghan McCain—of being racist.

Ultimately, she was forced out of her post at the Women’s March, but undaunted, she resurfaced last year as the head of a new group called Until Freedom that exploited the case of Breonna Taylor, an African-American woman living in Louisville, Ky., who was killed by police gunfire when police, who were serving a legal warrant on her premises, were fired at by her boyfriend. Taylor was an innocent victim of a situation that was created by her connections to the drug trade and a gun battle that wasn’t initiated by the police. The police were rightly judged not guilty of a crime by a grand jury called by Kentucky’s African-American attorney general.

But the post-George Floyd ferment in which the slogan “Say Her Name” has turned Taylor into a martyr has also returned Mallory to the ranks of celebrities. That led to, among other perks, a glam photo spread for her in Vogue and now a featured spot in the Grammys where, during a musical performance from rapper Lil Baby depicting police victimizing an African-American male, Mallory stood at a podium and lectured the nation and President Joe Biden, and demanded support for BLM’s agenda. Yet in virtually none of the extensive coverage that this televised spectacle generated in the mainstream media, including outlets like The New York Times, was Mallory’s background as an anti-Semite and ally of a racist hatemonger mentioned.

This illustrates the point about anti-Semitism and the BLM movement.

Those who drape themselves in the banner of BLM receive a general exemption from accountability for spreading hate, especially against Jews. And while liberal groups are always ready, as they should be, to focus on those on the right who might be guilty of associating with anti-Semites or have said something that can be interpreted (fairly or not) as anti-Semitic, all we hear from them about Mallory are crickets. The Anti-Defamation League, whose job it is to fight anti-Semitism, is AWOL on this issue. Instead of opposing Mallory, it echoed her exploitation of the Taylor case. The group spent the last weekend still seeking to refloat partisan talking points about Jan. 6 U.S. Capitol Riot while finding nothing to say about the Grammys allowing a Farrakhan ally to use their show to pose as a heroine.

This shows that fealty to critical race theory is turning the organized Jewish world into “useful idiots” who flatter and bow before those who mean the Jews harm rather than standing up to them and their enablers.

It would have taken courage for ADL CEO Jonathan Greenblatt to criticize the Grammys. It might have alienated some on the Jewish left, as well as possibly losing it some donations from the entertainment world, where wokeness and fealty to BLM is now a requirement for viability in the industry. But it would have been the right thing to do and what we ought to expect from a group that raises $100 million a year to fight anti-Semitism. Instead, it was left to others, like the Simon Wiesenthal Center and StandWithUs, as ZOA has previously done, refusing to be silent in the face of BLM anti-Semitism and those who turn a blind eye to it.

More Jewish groups, especially those that purport to stand for liberal values, ought to be opposing an illiberal movement like BLM and people like Mallory. The failure of much of the organized Jewish world to take a stand isn’t merely a disgrace; it’s one more piece of evidence showing how wokeness is compromising the defense of Jewish rights and enabling anti-Semitism.