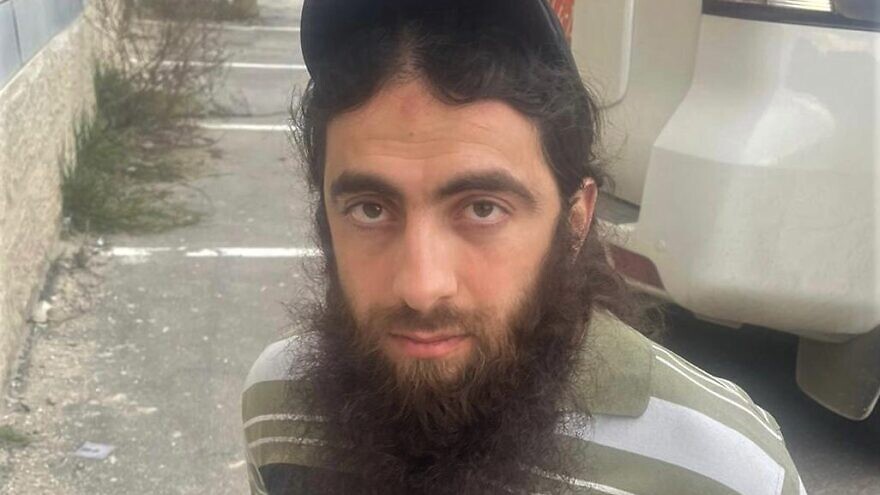 Wasim Assayed, 34, of Hebron, was arrested for the murders of Yehuda and Tamar KaduriI of Jerusalem, as well as a Moldovan worker, March 2022. Credit: Israel Police.
Spread the word.
Help JNS grow!
Share now:

(April 14, 2022 / JNS) A Palestinian terrorist affiliated with the ideology of the Islamic State (ISIS) stabbed three people to death in Jerusalem between January 2019 and March of this year, and also attempted to murder a teenager, Israeli security forces announced on Thursday. The terror suspect is in custody.

A joint investigation by the Israel Security Agency (Shin Bet) and Israel Police found that the terrorist, Wasim Assayed, 34, of Hebron, stabbed Yehuda and Tamar Kaduri to death in their Jerusalem home on Jan. 13, 2019, in the Armon Hanatziv neighborhood.

A day before the stabbing, an Israeli teenager was also stabbed in the same area.

In March, the terrorist stabbed a Moldovan worker in Israel, Ivan Tarnovski, to death and injured a second Moldovan national. As the Jerusalem District Police’s Central Unit investigated the March stabbings, Assayed was arrested by Border Police in northern Jerusalem after entering Israel illegally, as he tried to cross the seamline security fence. Police recovered a knife from his possession.

The Shin Bet questioned the suspect due to his affiliation with ISIS, and suspicions soon arose that he was plotting an attack.

Four days prior to his arrest in late March, Assayed was released from administrative detention, where he had been for more than two years due to his involvement in terror activities that are not related to the murders.

During a Shin Bet-Israel Police investigation, Assayed’s involvement with the stabbings of the Moldovan nationals arose, and evidence linking the terrorist to the attack was found, police said in a statement.

“During additional investigative steps that occurred by the Shin Bet and the Jerusalem District’s Central Unit, it emerged that in January 2019, Assayed murdered Tamar and Yehuda Kaduri by stabbing them in their home in Jerusalem,” police stated. “It also emerged that a day beforehand, Assayed attempted to stab a teenager in the same area, leading to her being injured.”

A terrorist motivation was established for all incidents during the investigation.

Assayed also served prison time between 2015 and 2018 due to his involvement with ISIS activities and plans to commit attacks against Israelis. After being released by Israel, he was arrested by the Palestinian Authority for months.

In January 2019, after being released by the P.A. and committing the Jerusalem murders, he was rearrested by Israel; tried for incitement and membership in a hostile organization; and again jailed. After completing his sentence, he remained in administrative attention for two-and-a-half years.