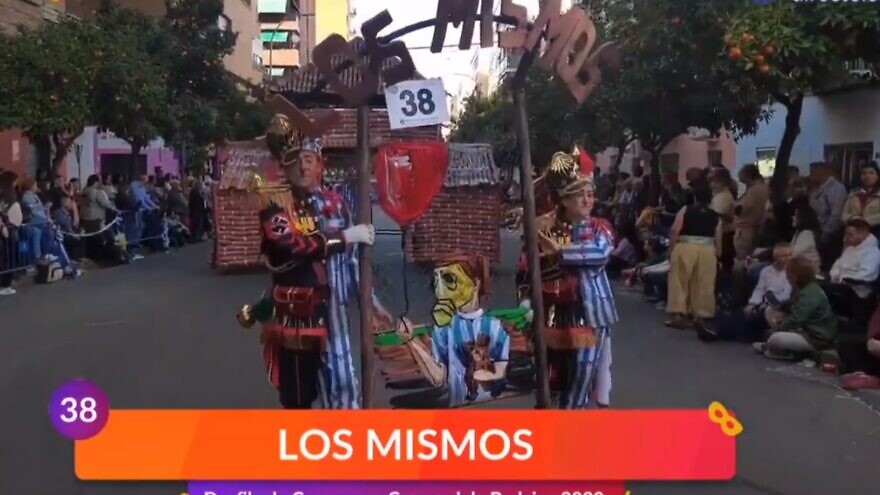 The display on Feb. 23 in Badajos followed similar processions the same week in Aalst, Belgium and Campo de Criptana, Spain.

During the Badajos procession, several girls wore red dresses, referencing a scene from Steven Spielberg’s Holocaust film “Schindler’s List,” and one such girl led the parade while walking hand-in-hand with a man dressed as Hitler. Behind them were two participants who held a display that said “the same” above an image of a girl wearing a gas mask and the striped uniform of a Nazi concentration-camp prisoner.

Following them were two people dressed like prisoners, who pushed a float shaped like the entrance to the Auschwitz concentration camp in Poland.

Dozens of participants danced to the sound of a train gaining speed with a float behind them shaped like a giant train.

Many participants wore costumes where the left side referenced concentration-camp prisoner uniforms while the right side was a Nazi uniform. On the Nazi side of the costume, people wore swastika armbands and painted-on mustaches resembling Adolf Hitler’s, and some also wore blue contact lenses.

The theme of the parade was reportedly selected to mark the 75th anniversary of the liberation of Nazi death camps.