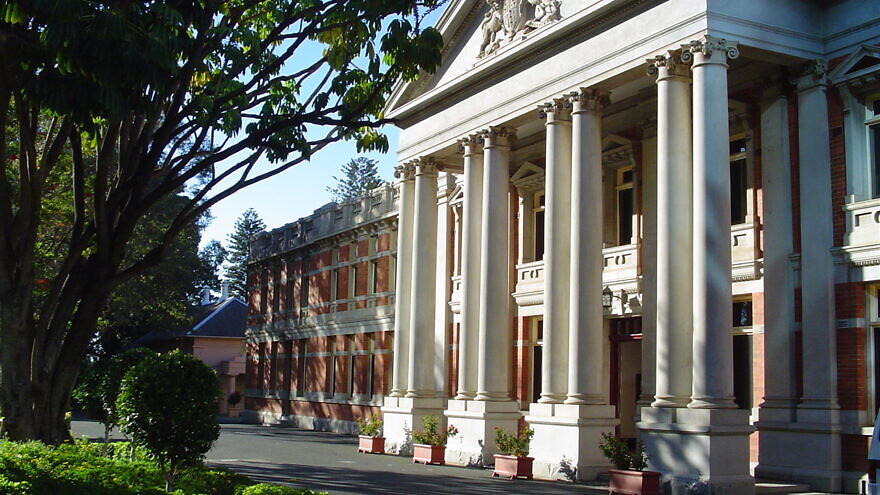 (August 20, 2021 / JNS) The first Orthodox Jewish rabbi to be appointed to an Australian supreme court recited a Jewish prayer at the end of his swearing-in ceremony.

Rabbi Marcus Solomon, a 58-year-old commercial litigator and arbitrator, was sworn in on Wednesday to the Supreme Court of Western Australia.

The Perth resident, who also serves as leader of the Dianella synagogue, said at the end of the swearing-in that he wanted to conclude the ceremony “with an old Jewish custom”—the Shehecheyanu, which is typically recited to celebrate new experiences.

In a video taken at the ceremony, Solomon is heard saying, “At moments of importance in one’s life and the life of the community, whatever one’s belief, or indeed—non-belief, we humbly acknowledge and never take for granted life itself, the values and freedoms we enjoy, and the good fortune we share in having been sustained to come together on such an occasion.”

Before saying the Hebrew prayer, he added that “if the chief justice can use Hebrew,” referring to an earlier speech, “then I am not going to be outdone.”

Solomon received rabbinic ordination from Central Tomchei Tmimim Yeshivah Academy in Brooklyn, N.Y., and is also a graduate of the Rabbinical College of Australia and New Zealand, in Melbourne, Victoria. He earned a law degree from the University of Western Australia.

He has served as vice president of the Carmel High School in Perth since 1997 and was previously a teacher of Jewish studies at the school, as well as director of Carmel’s Jewish studies department.