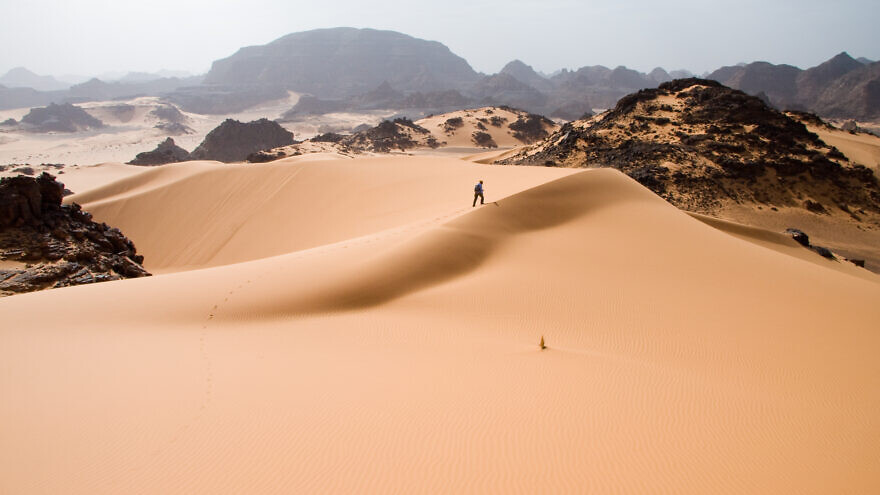 (February 4, 2020 / JNS) Israel and the United States have been discussing a three-way agreement where the Trump administration would recognize Moroccan sovereignty in the Western Sahara in exchange for Rabat taking steps to normalize relations with Jerusalem, reported Axios and Israel’s Channel 13 on Monday, citing U.S. and Israeli sources.

Were such a move to take place, it could be a significant step in Israeli Prime Minister Benjamin Netanyahu and the Trump administration’s goal of forging closer ties between Arab countries and Israel.

Western Sahara, once called Spanish Sahara, was controlled by Spain between 1884 and 1975. Morocco claimed control of the area in 1975 in a move not recognized by the international community and the indigenous population, but was part of the move towards global decolonization, in part prompted by the United Nations.

In December, Netanyahu sought to join U.S. Secretary of State Mike Pompeo on a visit to Morocco; however, Moroccans rejected the idea when it was proposed to them by the secretary of state, reported Israel Channel 12. The Moroccans refused to even discuss the issue of normalization.

Serious communication between Jerusalem and Rabat began after a secret meeting between Netanyahu and Moroccan Foreign Minister Nasser Bourita on the sidelines of the U.N. General Assembly in September 2018.

Netanyahu sought to push the idea of Moroccan sovereignty ahead of the September 2019 election, only to be rejected by then-U.S. National Security Advisor John Bolton.