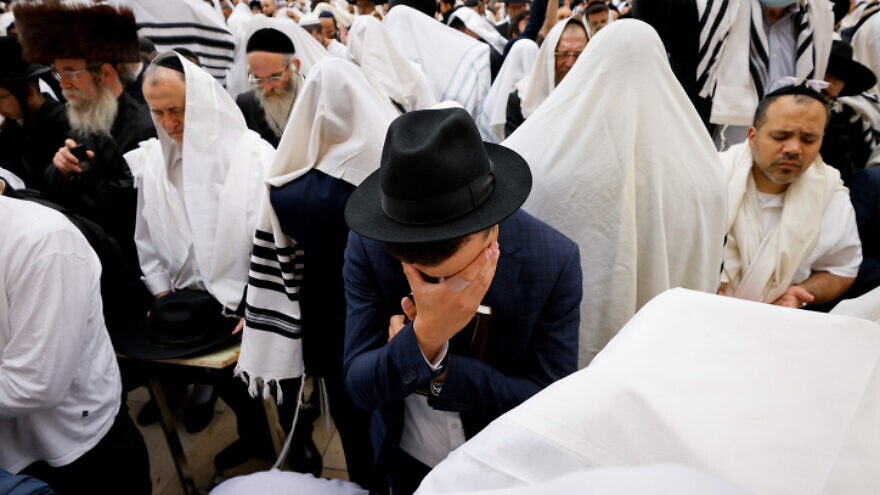 (April 21, 2022 / Israel Hayom) The second Priestly Blessing (Birkat Kohanim) at the Western Wall, held on Wednesday morning, saw only a few thousand attendees amid high tensions in the Old City.

In previous years, the upper plaza of the Western Wall used to be full, but on Wednesday it saw only a handful of visitors. However, the plaza immediately next to the holy site was crowded.

Hundreds of police officers were deployed at the site and on the Temple Mount in an attempt to head off any ethno-religious attacks or attempts to harass the worshippers.

The relatively low attendance appears to be the result of the violent clashes that have overtaken the Old City of Jerusalem in the past few weeks.

Still, Tuesday evening saw an increased number of visitors to the Western Wall, and the Western Wall Heritage Foundation said, “We expect there to be more participants in the Priestly Blessing, in the hope that things will stay quiet.”

This year, partly because of the fraught security situation resulting from the concurrent Passover, Ramadan and Easter holidays and partly because of remaining concerns about COVID-19, a decision was taken to hold the Priestly Blessing twice during Passover. The first event took place on Monday, without incident.