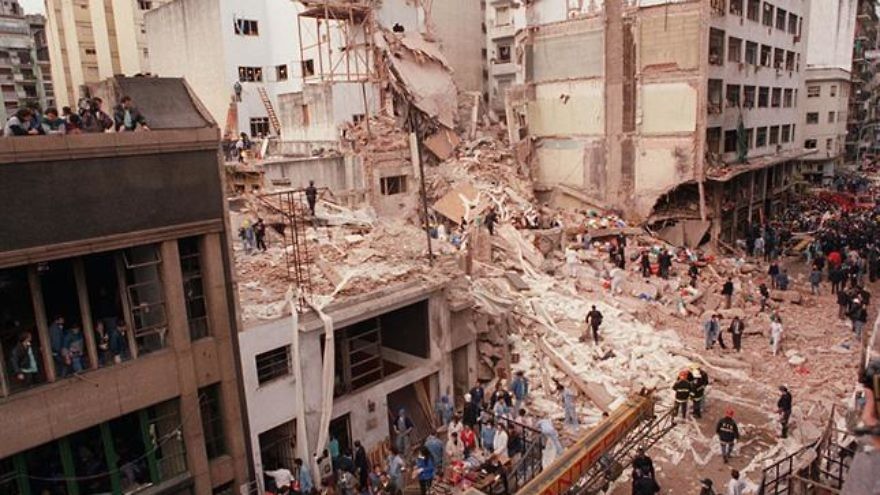 (December 7, 2022 / JNS) In a show of solidarity with Argentina’s Jewish community, the Senate Foreign Relations Committee on Wednesday approved a bipartisan resolution honoring the victims of the 1992 bombing of the Israeli Embassy in Argentina and the 1994 bombing of the AMIA Jewish Community Center.

“With rising levels of antisemitism worldwide, it is more important than ever that the United States stand in unequivocal solidarity with Jewish communities, condemning antisemitism no matter where it rears its ugly head and demanding justice for the victims of any hate crimes,” committee chairman Sen. Bob Menendez (D-N.J.) said in a statement.

“Today’s passage of this resolution does just that. It sends a clear message that we will never forget the victims of the 1992 bombing of the Israeli Embassy and the 1994 AMIA Jewish Community Center in Argentina, and that we will continue to demand accountability for these attacks, regardless of how long it takes,” he continued.

The Palestinian Islamic Jihad terrorist group claimed responsibility for the 1992 bombing, while Iran and Hezbollah are suspected to be involved in the 1994 bombing.

The Senate panel’s resolution sends a clear message the victims will not be forgotten and the U.S. will continue to demand accountability for the terror attacks, Menendez added.