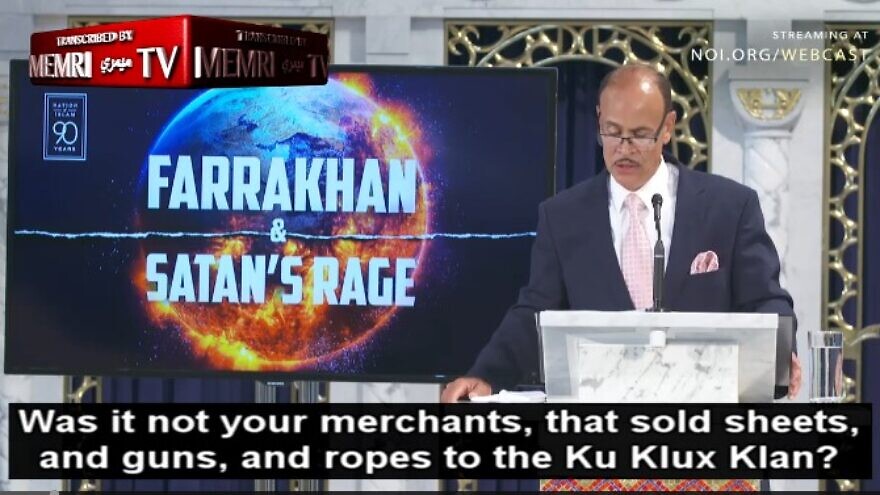 Quoting Farrakhan, Muhammad said, “In the 1960s, the honorable Elijah Mohammed [who led the Nation of Islam before Farrakhan] advised his followers not to take the polio vaccine. He said some of the earlier vaccines we could take, but now that this Kissinger National Security Study Memorandum 200 on depopulation is the policy of our government, we have to be careful of what injections we allow ourselves to take.”

Farrakhan, said Muhammad, had learned that there were two types of flu vaccine, one containing mercury and other additives and another, without them, “for Jewish people, and those who are knowledgeable about the chemical additives in these vaccines.”

“Why do you put additives in one, and remove it from another, except that there’s something in that additive that you want to infect the population with, that over time will manifest in ailments, sickness, disease and a compromised immune system,” said Muhammad.

Muhammad quoted Farrakhan as saying that such things were part of a “plot to kill an entire people because we are the next inheritors of rulership over the planet. He, the enemy, already knows this. He knows our future but doesn’t intend for us to see that future. Because we are rising.”

Caucasian people, said Muhammad, had been genetically engineered by “Yakub, their father, looking into the DNA.” To “kill off” the darker ones “is in their very nature,” he added.

“The Caucasian people are a dying species on our planet,” said Muhammad. “Their womb cannot produce anymore. So they are trying to destroy the darker people of our planet.”