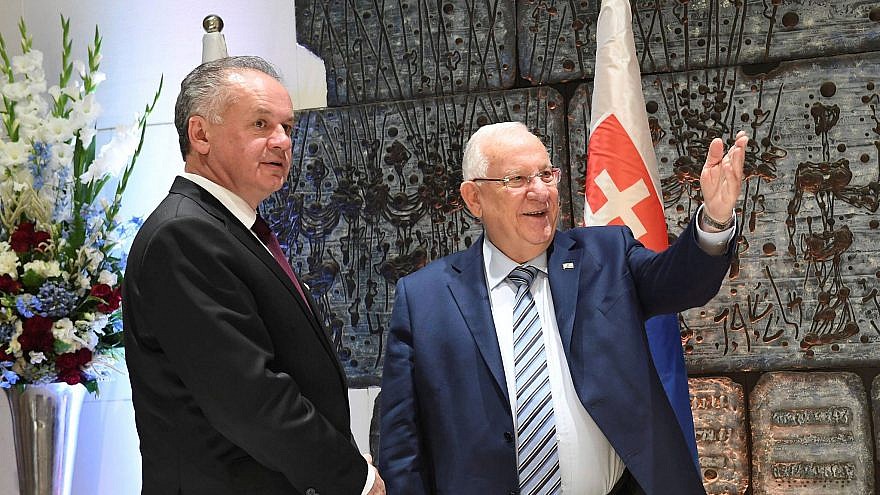 (July 4, 2018 / Israel Hayom) “Slovakia is on its way to relocating its embassy to Jerusalem,” head of the Slovak National Council Andrej Danko told President Reuven Rivlin on Wednesday.

On Tuesday, the visiting delegation of Slovak lawmakers announced the Eastern European country would open a cultural center in the Israeli capital.

The move, when it materializes, would mark a break from European Union policy on Jerusalem. Slovakia would join the Czech Republic and Bulgaria as the other European Union member states to expand their diplomatic presence in the city since U.S. President Donald Trump recognized Jerusalem as Israel’s capital.

The visiting lawmakers did not give a time frame for when the new cultural center would be opened.

The decision, made by Slovak Prime Minister Peter Pellegrini, came after Knesset Speaker Yuli Edelstein called on Bratislava’s government to follow the Czech Republic in opening an honorary consulate in the city.

Edelstein thanked the Slovaks, saying, “This is a tremendous diplomatic achievement for Israel and a pleasant surprise for all of us. I am certain that when additional delegations arrive here they will understand Jerusalem is Israel’s eternal capital.”

In April, Czech President Milos Zeman said his country would open a consulate and cultural center in Jerusalem. Zeman reiterated his intention to eventually transfer the Czech Embassy from Tel Aviv to the capital.

On May 14, the United States became the first country to move and open its embassy in Israel to Jerusalem, following Trump’s Dec. 6 recognition of the city as Israel’s capital. The move was met with anger by Palestinians who claim that eastern Jerusalem as the capital of their future state.