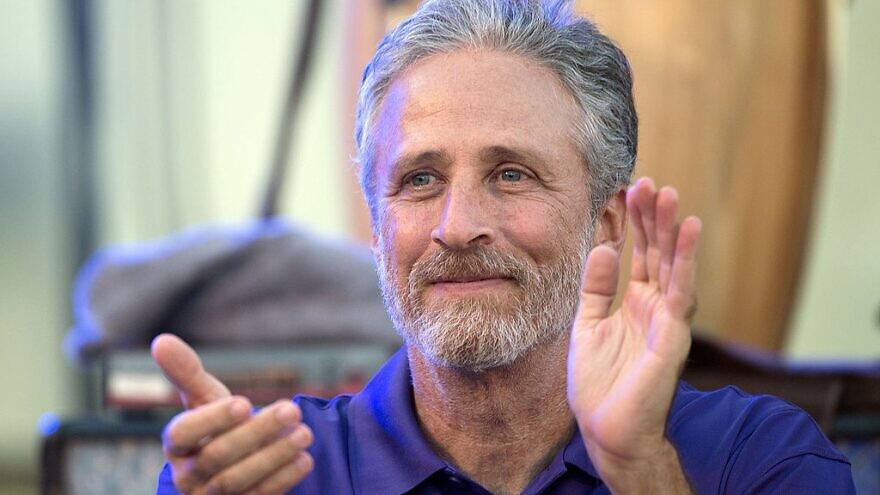 (January 6, 2022 / Jewish Journal) Jewish comedian Jon Stewart denied calling British author J.K. Rowling “anti-Semitic” over how goblins are portrayed in the “Harry Potter” movies, saying on Wednesday that his comments from last month were “lighthearted” and taken out of context.

In December 2021, during “The Problem With Jon Stewart” podcast, the former “Daily Show” host discussed how the goblins who run Gringotts Bank, the major bank in the fictional series, are portrayed. He said that Harry Potter fans would be shown a depiction of Jews in the notoriously anti-Semitic pamphlet The Protocols of the Elder of Zion.

“They’re like, ‘Oh, look at that—that’s from Harry Potter!’” said Stewart. “You’re like, ‘No, that’s a caricature of a Jew from an anti-Semitic piece of literature.’” He added: “The train station has half a thing and no one can see it, and we can ride dragons and you’ve got a pet owl. Who should run the bank? Jews.”

Stewart recalled seeing the first Harry Potter movie in the theater and expected “the crowd to be like, ‘Holy s***, she did not in a wizarding world just throw Jews in there to run the f***ing underground bank.’ And everyone was like, ‘Wizards.’ ”

Those comments were later picked up by various news outlets, including Newsweek, which ran a Jan. 4 piece titled: “Jon Stewart Accuses J.K. Rowling of Antisemitism in ‘Harry Potter.’ ”

In his Jan. 5 video tweet, Stewart pushed back, arguing that he never called Rowling or the Harry Potter series anti-Semitic, explaining that it was “a lighthearted conversation among colleagues and chums … enjoying ourselves about Harry Potter and my experience watching it for the first time in the theater as a Jewish guy and how some tropes are so embedded in society they’re basically invisible.”

Stewart proceeded to accuse Newsweek of having “a business model based on f***ing arson” and reiterated that he didn’t want the Harry Potter movies to be censored. “Get a f***ing grip,” he said.

Earlier on Jan. 5, the Britain-based Campaign Against Antisemitism defended Rowling in a statement, saying that the goblins in the films are based on their “portrayal of Western literature as a whole.”

“It is the product of centuries of association of Jews with grotesque and malevolent creatures in folklore, as well as money and finance,” read the statement. “The mythological association have become ingrained in Western culture that their provenance no longer registers with creators or consumers.”

They added that Rowling “has proven herself over recent years to be a tireless defender of the Jewish community in its fight against anti-Semitism, for which we are immensely grateful.”

Author and educator Ben Freeman tweeted that Rowling “was one of the only non-Jewish celebrities who stood up for Jews during [the period of] Corbynism. The goblins in Harry Potter were influenced by European folklore, which is, of course, steeped in racist lies about Jews. This does not mean that in her portrayal of the goblins of Gringotts, Rowling intended to demonize Jews, nor does it mean she is a racist,” he added. “This can only demonstrate how deeply embedded anti-Jewishness is in European [and in turn, Western] culture.”

This article was first published in the Jewish Journal.