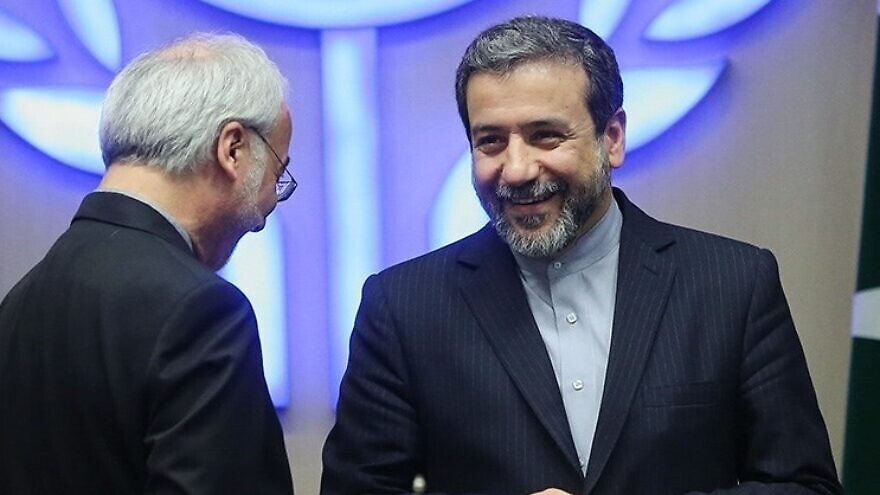 (November 18, 2020 / MEMRI) Iranian Deputy Foreign Minister Abbas Araghchi said last week that Iran is willing to let the United States rejoin the Joint Comprehensive Plan of Action (JCPOA) nuclear deal, but that it would come at a cost.

Araghchi told Iran’s Channel 1 on Nov. 11 that “the path for returning to the JCPOA is not closed.” The United States, which unilaterally withdrew from the JCPOA in May 2018, could return to the deal, he said, “but there are challenges.”

“We must accept the fact that in the past four years, certain things have happened, and there have been some developments in the field and in the political space. We must address these things, discuss them and reach understandings. The JCPOA is not some gate through which people can come and go as they please. There are rules,” he said.

He added that Iran would only be willing to negotiate with the United States within the P5+1 framework and would not conduct bilateral talks.

Asked how he saw the future of the JCPOA under a Biden administration, Araghchi said that President-elect Joe “Biden himself has indicated that he would rejoin the JCPOA if the Iranians completely fulfill their obligations.”

However, he added that Iran “will wait and see if Mr. Biden officially rises to power, if the various Zionist and non-Zionist lobbies will allow America to change this policy and the approach that [Biden] would adopt.”

With regard to the Nagorno-Karabakh conflict in Azerbaijan, the Iranian deputy foreign minister said Tehran was concerned by the participation of “takfiri forces” in the conflict and had warned the involved parties not to allow Israel to gain a foothold in the region. (“Takfir” refers to Muslims who accuse other Muslims of apostasy; Shi’ite Iran regularly uses the term to describe militant groups with ties to its Sunni rivals.)

“The suspicious and conspiratorial role that the Zionist regime has played in this conflict is very obvious. This is a source of concern for the future of the region. This is the point I brought up to the various countries involved directly and indirectly with this matter,” he said.

“I warned them that they must not allow this regime to establish a foothold in the region and create a point of tension and constant crisis. [Israel] certainly has no good intentions when it helps any country in the region. [Its only goal] is to continue its sinister policies.”