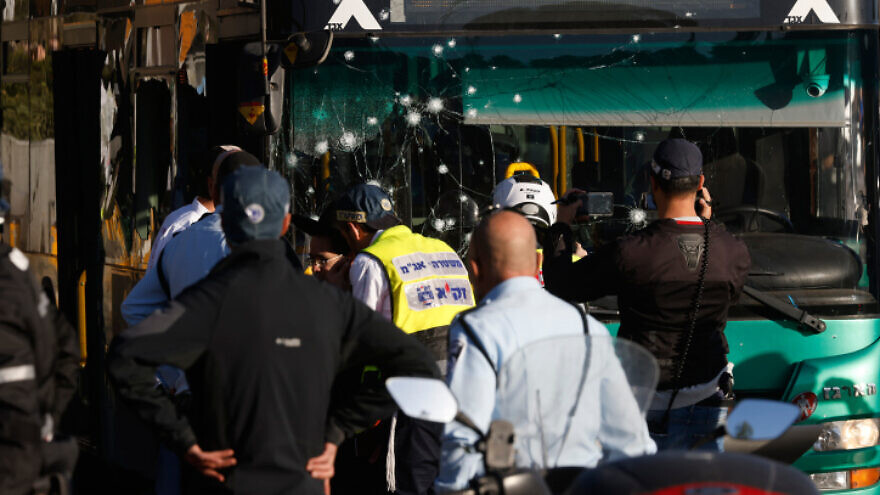 (November 30, 2022 / JNS) The perpetrators of last week’s twin terrorist bombings in Jerusalem will be apprehended in the near future, a top Israel Border Police official said on Wednesday.

“In the coming days we will get to each and every one of those involved…and bring them to justice,” Ch. Supt. Oded Aflalo, the Border Police’s head of operations, said in an interview with Kan Radio.

“The investigation is continuing on numerous levels—intelligence, which I cannot detail but which is progressing, and operational—whereby the Border Police is working with the Israel Security Agency [Shin Bet], the Yamam [counter-terrorism police] and other units.”

Two Israelis were killed and more than 20 injured in two explosions last Wednesday at bus stops located near entrances to Jerusalem. Authorities believe that the sources of the blasts were two remotely detonated bombs packed with nails to cause maximum damage.

Police described the explosives as “high quality” and said that an organized terror cell likely planned and carried out the attack.

Israeli security forces have been conducting search operations in eastern Jerusalem as well as in Judea and Samaria, with reports suggesting they were closing in on suspects and may have already made several arrests, although details have not been cleared for publication.