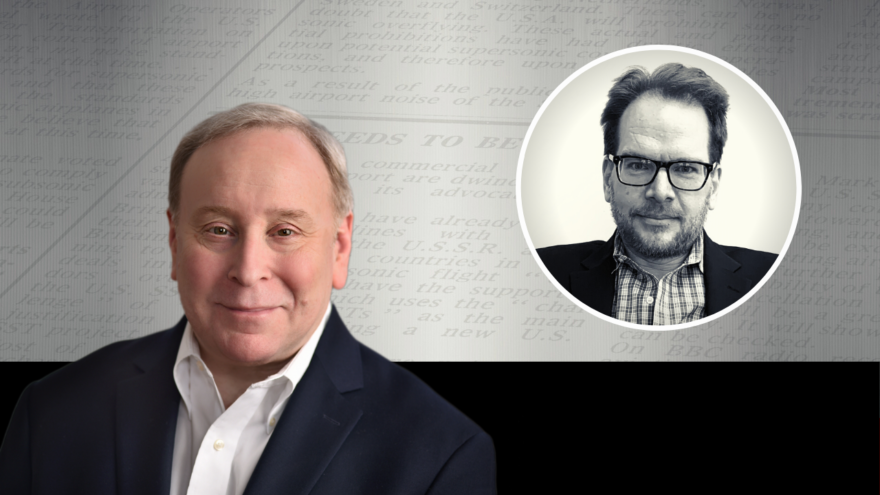 (December 22, 2022 / JNS) Conservatives need to “start the post-Donald Trump era as soon as possible,” says JNS editor-in-chief Jonathan Tobin in the latest episode of “Top Story”. But they need to do so while holding on to his populist spirit and not reverting to the policies of the failed establishment the former president displaced. Though the pro-Israel community owes him gratitude for what he did as president, his behavior and the evidence from the midterms demonstrates that he’s now an electoral liability.

According to Tobin, Trump’s dinner with Kanye West and a gaggle of antisemitic Holocaust deniers and his refusal to condemn them or admit fault was not just outrageous. It also makes it harder for Republican Jews to call out the hypocrisy of President Joe Biden, who condemns Trump but cozies up to his own party’s antisemites: Reps. Ilhan Omar and Rashida Tlaib.

Tobin is joined by Commentary magazine executive editor Abe Greenwald who agrees that Trump was not personally antisemitic but that his “repulsive” actions and bizarre behavior in attacking Florida Gov. Ron DeSantis and issuing an NFT trading card series depicting himself as a superhero is driving away even some of his longtime supporters. Both think that Trump is the only person who could re-elect Biden in 2024.

Delving deeper into the Trump-West controversy, Greenwald says he was particularly troubled by Dave Chapelle’s Saturday Night Live monologue on the subject in part because of the way it ignored African-American violence against Jews. But more than that, Chapelle said Jews shouldn’t blame blacks for their problems. That was, Greenwald said, “preposterous,” because  it was West who blamed the Jews for his problems.

A woke attack on culture

Discussing a Commentary article on the woke attack on culture, education and government, Greenwald says he was encouraged by signs that Americans were pushing back against toxic leftist ideas that undermined the nation and made them less safe. The problem was that the effort to overturn radical leftist policies was being derailed by the need to deal with Trump’s problems and obsessions with re-litigating the 2020 election.

Turning to foreign policy, Greenwald says that the attempt to blame neoconservatism for foreign policy failures was somewhat misleading since the neocons were right about a lot, not the least of which was that Obama and Biden were wrong to try to appease Iran.