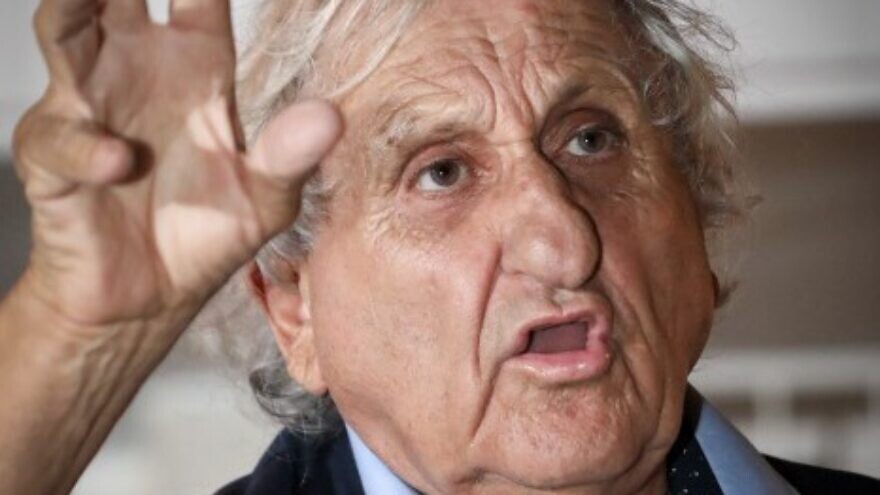 (November 23, 2020 / Israel Hayom) The New York Times has included works by two Israeli authors in its 100 Notable Books of 2020 list: Yishai Sarid, the son of the late Meretz lawmaker Yossi Sarid, for his book The Memory Monster, and A.B. Yehoshua for his book The Tunnel.

The first depicts the memory of the Holocaust in “a brilliant short novel that serves as a brave, sharp-toothed brief against letting the past devour the present.” The newspaper’s second pick for the list, The Tunnel, tells the story of a couple, Zvi and Dina, dealing with the onset of the husband’s dementia. In its review, the newspaper lauds the “great beauty” found in Zvi’s “essential human decency. Rather than retreat inward and hide, he chooses—yes—to live.”

Asked how he felt about being included in the list, Yehoshua said “since the age of 30, I have been saying this, and I will say it when I’m 84. From my standpoint, the most important thing is the reviews in Israel and the reading of my books here. Reviews in reputed newspapers like Le Monde, The Guardian and The New York Times are less important to me than a review in Israel Hayom and other newspapers in Israel.”

Yehoshua asserted that “the author’s importance is in his homeland, and it is here that his remarks and his influence are weighed. Beyond that, I’ve already been on this list, and that’s why I’m not excited.”

“The focus of literature is its country and its home.”

“But beyond that,” he continued, “greater and more important names in Hebrew literature have not been included in the list, and they are still considered very important in the context of the State of Israel. I’m referring, of course, to Nathan Alterman, S. Yizhar and others. These are the great authors we’ve had, and yet they never received much recognition overseas. The focus of literature is its country and its home.”

Sarid said he was surprised to learn that The Memory Monster had been included in the list. “I didn’t know about it until a friend in Israel told me, and then my publisher in the U.S. also sent me an email updating me,” he said. “Tens of thousands of authors contend for the list each year, and that’s why it’s a really nice achievement for me.

He said the book’s inclusion was “confirmation that my books don’t speak only to an Israeli audience but to other audiences around the world. Every author always wants to address new audiences, and that’s why it’s [given me] a sense of satisfaction. Nevertheless, what made me the happiest was being on the same list as A.B. Yehoshua, who is one of the greatest Israeli authors, and whom I admire. It’s a really big honor.”