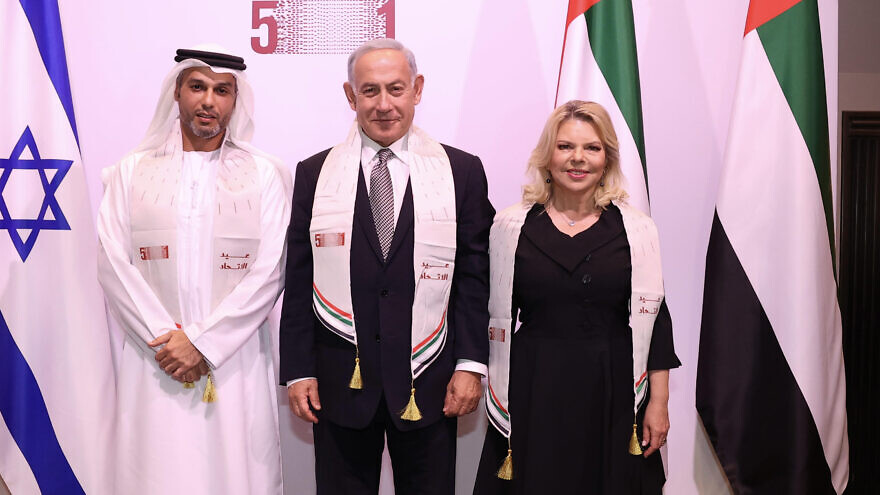 Mohammed bin Zayed repeated his invitation for Netanyahu to make an official visit to Abu Dhabi, which the two leaders agreed would happen soon.

Netanyahu was prime minister in Sept. 2020 when Israel normalized relations with the UAE and Bahrain as part of the Trump administration-brokered Abraham Accords.

Last month, Israeli President Isaac Herzog traveled to both Gulf states to mark the second anniversary of the historic agreements.

“The Abraham Accords are a national consensus in Israel on all sides of the political spectrum,” Herzog said at the time, adding: “Now we have to…upgrade ties between us even more, to strengthen them and to bring more nations [on board].”

Similarly, Netanyahu on Sunday received a congratulatory phone call from Egyptian President Abdel Fattah el-Sisi, with the two leaders affirming their desire to strengthen bilateral ties, according to a readout of the conversation provided by the Prime Minister’s Office.

They also discussed “international and regional developments,” added the statement, without going into specifics, as well as the “importance of promoting peace, stability and security for the sake of both peoples and for all peoples in the Middle East.”

Meanwhile, Netanyahu’s office also said that he spoke with Ukrainian President Volodymyr Zelenskyy. While the statement noted that Kyiv on Friday decided not to vote in favor of an anti-Israel resolution at the United Nations, it added that there was “no comment on the diplomatic discussions that were held.”

While Zelenskyy has been pressing Israel to supply Kyiv with weapons, Jerusalem has shied away from arming the country over fears of upsetting Russia, the leading player in Syria, where the Israeli military has in recent years carried out hundreds of aerial strikes aimed at curbing Iran’s military entrenchment and the transfer of weapons to Hezbollah there and in Lebanon.