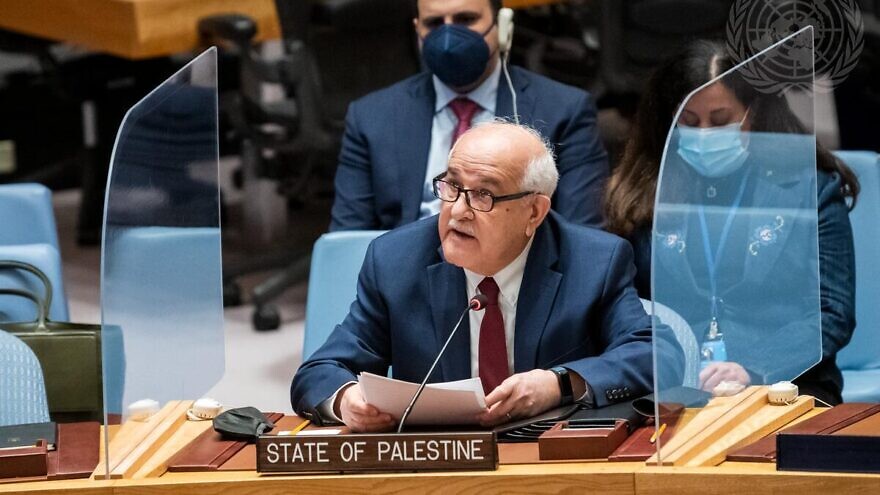 (January 1, 2023 / JNS) Israel’s prime minister on Saturday described as “disgraceful” a United Nations General Assembly resolution calling on the International Court of Justice to render an opinion on the legal status of Judea and Samaria.

“Just like the hundreds of distorted U.N. General Assembly resolutions against Israel over the years, today’s disgraceful resolution will not obligate the government of Israel,” Prime Minister Benjamin Netanyahu said in a statement. “The Jewish people is not occupying its land and is not occupying its eternal capital Jerusalem. No U.N. resolution can distort this historical truth,” he added.

However, the statement continued, the adoption of the resolution nevertheless marked a significant achievement for Israel.

“Together with President Isaac Herzog, Israeli Ambassador to the U.N. Gilad Erdan and the personnel at the Ministry of Foreign Affairs, we have achieved something important. In the U.N. resolution that was passed [by the General Assembly’s Fourth Committee] in November, the Palestinians had an absolute majority of U.N. member states that supported their initiative. Those that did not support it—that opposed, abstained or were absent—were in the minority. Now, after our intervention, 11 countries changed how they voted, and as a result there has been a turnaround: The countries that supported the Palestinian initiative were a minority of U.N. members,” said Netanyahu.

“We will continue to fight for the truth,” he continued.

"Just like the hundreds of distorted UN General Assembly resolutions against Israel over the years, today's disgraceful resolution will not obligate the Government of Israel. pic.twitter.com/mTmkeFl6AC

The U.N. move calls on the ICJ to issue an “advisory opinion” on Israel’s “prolonged occupation, settlement and annexation of Palestinian territory.” It also calls for an investigation into Israeli policies “aimed at altering the demographic composition, character and status of the holy city of Jerusalem,” and claims Israel has advanced “discriminatory legislation and measures.”

Prof. Gerald Steinberg, president of NGO Monitor, told JNS that the UNGA resolution “represents another stage in the political war against Israel, based on the cynical use of U.N. and international legal bodies.”

Behind the scenes, he said, “There is a network of European-funded NGOs who are driving the absurd campaign to isolate Israel as South Africa was under apartheid, and eventually seek the prosecution of Israeli officials at the International Criminal Court.”

In November, former Israeli Prime Minister Yair Lapid “strongly rejected” the U.N. initiative, describing it as “another unilateral Palestinian move which undermines the basic principles for resolving the conflict…. The Palestinians want to replace negotiations with unilateral steps. They are again using the United Nations to attack Israel,” he said.